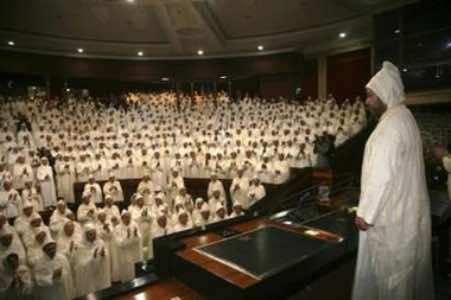 June 28, 2011- “It was not Islam that bore the responsibility for the political and intellectual weaknesses afflicting Muslim societies—as many European observers of Islam suggested— but the failure of Muslims to properly interpret their foundational texts in accordance with changing needs” (Mohammad Zaman, p.7)

We have already analyzed, in a previous article, the roles of the Arab elites in the entrenchment of dictatorship. Our conclusion was that dictatorship would not have prospered without the support of elites whose interests were organically linked to those of the dictators in place. This state of affairs obliged these elites—if we were to call them so—to abdicate playing their leadership role. The religious elites, like their secular counterparts, cannot be absolved of their moral and historical responsibilities for all the atrocities perpetrated against Arab people, under dictatorship, in the name of religious legitimacy. Deconstructing the roles played by the Muslim religious elites in entrenching dictatorship is an important exercise in any effort that aspires to devise new ways to build political, social and economic institutions in the dictatorship-free Arab world, and determine the role of the religious establishment in a democratic pluralistic society.

The same way many secular Arab elites avoided speaking truth to power, defending public interests, and illuminating the masses; the religious elites in the Arab world abandoned playing their leadership—and seditious—roles and aligned themselves with tyranny. It is very remarkable that members of the religious establishment abandoned denouncing injustice, corruption, monopolization of power, and elimination of all forms of consultation which are the cornerstones of the message of the prophet. Parallel to this silence vis-à-vis dictatorship, Muslim fuqaha unbridled their tongues to issue suspicious fatwas, whose implications were/are very destructive to the image of Muslims and Islam. From nursing the adult and marrying minor girls, to necrophilia, jurists kept churning out unreasonable fatwas which fed the Orientalist assumptions about Arabs and Muslims as being sexually obsessed or a people living outside of history. The last fatwa came from Saudi Arabia and it specifically targets women who are struggling to assert their right to drive their cars. The fatwa, based on the implementation of an old jurisdictional principle called blocking the means to illegality, legitimized killing these women because in so doing the fitna (discord) will cease threatening society.

This article is too short to review all the fatwas blessing dictators and eulogizing their rule. However, we can mention that these fatwas have, as their sole purport, providing despotism with a much needed religious legitimacy through the concept of vicegerency, despite its oppressive nature which is again contrary to the percepts of Islam itself. The jurists also overlooked the ijtihad developed by Mawardi, the eleventh century Muslim jurist, whose opinion regarding government is considered by many researchers as a serious effort to entrench the contractual nature of government in Islam.

Two things are important to notice here: first, the trite issues with which the Muslim establishment in the Arab world occupied itself with. By concentrating their attention on marriage, menstruation and the puerperium, and the ritualistic sides of religion; the ‘ulama diverted the religious thought from the discussion of core issues for Muslim communities. A jurist recently said that the “cause of jurists’ concentration on bedroom fatwas is because they prefer silence and safety”. Second, dictatorship managed to acquire religious legitimacy. Under the banner of protecting the unity of the umma or protecting the “spiritual security” of believers, despotic regimes legitimized their existence religiously on the expense of the religious establishment whose members have historically “used their moral weight to thwart tyrannous measures and at times led or legitimated rebellions against the ruling classes” (Khalid Abu El Fadl).

This loss of the religious establishment in the Arab world of its leadership roles is due to many factors among which:

• Its lack of independence vis-à-vis the official establishment. Many respectful jurists, jurists’ councils and ifta institutions have become tools to produce religious opinions made to the order of politicians, thus the jurists—always according to Khalid Abul El Fadl—moved from “vociferous spokesmen of the masses” and became “salaried state functionaries who play a primarily conservative, legitimist role for the ruling regimes”.

• Abandoning reflection on the core political issues of importance to Muslims in our time. Issues such as human rights, secularism of the state, separation of powers, constitutionalism, consecration of the institutional culture, the rule of law, rights of minorities and the entrenchment of civil society.

• Success of dictatorship in taming many jurists and destroying the credibility of any serious religious thinking that might compete with its legitimacy. Superficial thinking was encouraged. Independent jurists who managed to keep a distance between themselves and the institutions established by dictatorship were persecuted.

• Opportunism of many religious elites made it easy for the regimes to incorporate them into their projects. They became consultants in its religious marketing strategies, providing the religious justification for despotism.

This state of the official religious establishment has fostered the appearance of a “marginal” religious elite who questioned the legitimacy of the status quo. The result of this questioning is the total discredit of the official ‘ulama establishment and the appearance of a state of religious incoherence in Arab societies that ushered in an era of continued bone breaking battles between these “marginal groups” on the one hand, dictatorship and its religious elites on the other hand. These “marginal groups” would not have developed had not many of the jurists become clients of a political order that used religion to strengthen its hold on power.

The spirit of the Arab revolutions entails the restructuration of the religious establishment. The Arab world, more than ever, needs a revolutionary religious establishment that believes in dialogue and listening to others about all the core social and political issues. It is also important that the religious establishment expresses its desire and total belief in living in its time, incorporating new concepts such as “civic reason”, developed by professor Ann-aim, which can be a daring and propitious passageway to rehabilitate the modern Islamic institutions, to accept democratic civic institutions built on the popular will and on the existence of a civil society mindful of the principles of citizenship.

Moreover, concepts such as blocking the way leading to illegality should be reconsidered in order to protect individual freedoms and collective rights from abuses that might result from its implementation. The richest periods in Islamic history were those in which jurists rebelled against the ready-made moulds, and they instead used their intellect to reflect on thorny issues of their time. The toll of ijtihad was/is very high because of the subjugation of the religious institution to the will of the rulers who see serious religious thought as a danger.

This historical crossroad is a unique opportunity for the Islamic religious establishment in the Arab countries to rehabilitate itself by the adoption of a modern discourse which does not rely on ready-made answers that might have been adequate in the past, but may not be relevant to our time and to the spirit of the changes taking place in the Arab world today.

The marginal religious establishment, which is not recognized in most countries, should also be called upon to elaborate political projects with clear ideas about democracy, human rights, constitutionalism, peaceful political alternation of power, secularism and provide safeguards from setbacks in which religion might be used to nip the nascent democracy from the bud, especially that these groups are well organized and they managed to acquire “some” legitimacy from their struggle against dictatorship when the official religious establishment left a vacuum that they managed to fill.

The new religious establishment should also correct the many errors, made along the way under dictatorship, by distancing itself from the past suspect positions, taken under pressure or miscalculation/misreading of the movement of society and history, and also through the crystallization of a binding code of honor for its members to distance themselves from trite fatwas.

Moreover, providing new forms of ijtihad grounded in Islamic jurisprudence to legitimatize the deliberative democratic rule within an institutional framework will dispel the wide spread ideas, in the West, about the total incompatibility between Islam and democracy. It is also of particular importance for Muslim religious elites to revive ijtihad as the natural incubator for freedom of thought, deliberation of ideas and contriving new ways of governance that will contribute to the creation of new relations between the authority and the citizens within a regime that respects people’s choices regardless of any religious legitimacy.

To conclude, we say that the conditions are very propitious for the Islamic religious institution to engage in self-critique to restructure itself in order to cope with the new era. Seeing jurists demonstrate in many Arab countries is a sign that there is willingness from the religious establishment to ride the train of our time and enjoy the blessings of a freedom whose breeze has blown, this spring, on the Arab world. A spring, in itself, that took Arabs and their religious establishment from the position of total detachment back to reality.