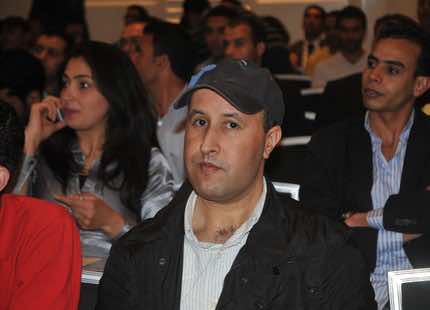 June 29, 2011- Human rights violations are proving to be one of the major concerns in the Muslim World. From Morocco to Malaysia, Muslim populations are demanding basic rights, equal justice under the law, accountability, economic stability and democracy.

The pressure is on Muslim rulers to comply with the demands of their people. Some, like Libya’s Gaddafi and Syria’s Assad, believe in slaughtering their people who demand rights. Others, like the King of Morocco and the King of Jordan, have shown sensitivity to their people and have recently enacted reforms.

As a human rights lawyer, I was recently asked to become involved in the case of a prominent Moroccan journalist, Rachid Nini. Earlier this week the National Press Club in Washington, D.C. hosted a press conference on Mr. Nini’s case, reflecting the international importance of the issues involved in this case. The press conference was organized by Droit and Justice, Tamanna Qureshi, Esq., and Mr. Nini’s international defense team, with Reda Oulamine from Oulamine Law Group as host. I spoke on legal issues of freedom of expression and the need for a return to the principles of justice that motivated both the founders of the U.S. Constitution and the Moroccan monarchy to protect its people. The event educated the public about Mr. Nini’s case and took on the larger, more urgent issue of the calls for a new justice in the Middle East and North Africa that ensures freedom of expression and freedom of the press.

Rachid Nini is the controversial editor of Moroccan’s largest daily newspaper Al-Massae, considered to be the most influential newspaper in Morocco according to CNN. He was recently convicted for materials he published in his newspaper. Nini is a polemical figure in Moroccan society, seen by some such as Amnesty International as a rags-to-riches trumpeter of the truth who exposes corruption, by others as a journalist of questionable tactics. The point here is not to argue his case, but to examine its importance in the larger context. What this case has done is to ignite an international conversation about the due process of his arrest, trial and incarceration around the principles of free speech and a free press — principles that are often upheld only in name in Morocco and the Arab world but not followed in practice.

Scholars and journalists are the first targets of oppressive regimes, as we have seen in Tunisia, Egypt, Syria and Libya. In the Middle East and North Africa in 2010 the total number of journalists killed reached a total of 76, a 26 percent jump from the previous year. Overall statistics from Reporters Without Borders revealed that 33 journalists were kidnapped, more than 573 reporters and 151 bloggers were arrested, and 1,456 journalists and 61 bloggers were physically assaulted. The Middle East and North Africa remains the most repressive and dangerous region in the world for journalists, according to Freedom House, an organization which advocates for freedom, democracy and human rights. The report shows that press freedom declined in Morocco and Palestine, while countries like Bahrain, Jordan and Yemen were downgraded from “Partly Free” to “Not Free.” According to the press freedom index, compiled by Reporters Without Borders, Morocco ranks at 135th in the world.

As President Obama said in his recent address to the Arab world, “We, here in the United States, support a set of universal rights. Those that include, free speech and the rule of law.” Working as an attorney in Washington, D.C., many clients come to me seeking relief from oppressive regimes that persecute their beliefs, restrict their free expression and punish them without due process, infringing on their basic human rights. It is my greatest satisfaction as an attorney inspired by the founding ideals of our nation when my clients are able to successfully find refuge and sanctuary here in the United States.

The concepts of justice and fair play are paramount to, and enshrined in, the United States Constitution. Freedom of speech and the press have been clearly laid out in the First Amendment. Our founding fathers, like Thomas Jefferson, were strong advocates of freedom of the press. Jefferson wrote in letter dated 1786 that: “our liberty depends on the freedom of the press.” In another letter Jefferson wrote:”The only security of all is in a free press. The force of public opinion cannot be resisted when permitted freely to be expressed. The agitation it produces must be submitted to. It is necessary, to keep the waters pure.” Jefferson went on to say something that concerns the freedom of the press in the Muslim world today: “Were it left to me to decide, whether we should have a government without newspapers or newspapers without a government, I should not hesitate a moment, to prefer the latter.”

Fair play and justice are also crucial to Islamic societies like Morocco, where they are known in Arabic as Adl. In fact, it is so important in Islamic societies that one of the names of God in Islam is derived from the Arabic word for Justice, Al Adl. Have Muslim rulers forgotten this most important of the 99 names of God? Justice is a supreme virtue in Islam, and yet contemporary Muslim society is riddled with injustice. Put yourself in the shoes of an ordinary Muslim. Whether in Casablanca, Karachi or Kabul, he finds it almost impossible to feed and educate his family. Worse, he can be picked up and humiliated at any time by corrupt security officials who can make his life a living hell. For him, he not only fears the midnight knock, but he anticipates the midday knock. Having lost Adl, he is deprived of dignity and honor which are his birthright as a human being. That is why business cannot go on as usual. Both the midnight and the midday knock are not only reprehensible, but are now outdated.

And that is why, as an American Muslim lawyer, this topic is so important to me. The winds of change are blowing in the Middle East. People throughout the Muslim world want a sense of justice and equal treatment under the law. They want accountability, free press, democracy and jobs. But above all, they want basic human dignity. A new generation has emerged. They have made their voices heard and will no longer stand victim to silent oppression. History has shown us that those in authority have not fared well when they have neglected to hear the call of their citizens.

Even in this bleak landscape, there are leaders who are responding to the cries of their people. In a television address last Friday, King Mohamed VI of Morocco outlined new measures that would entrench democratic institutions and protect rights. Morocco’s next prime minister will be nominated directly by the largest party elected to Morocco’s Parliament and no longer by the King. In addition, the judiciary would become an independent branch of government, with the King no longer retaining authority to appoint judges. In the address, his Majesty called the constitution “precious,” expressed his support for human rights, including a fair trial, and against torture and detentions. He went on to state that, “we need to guarantee the freedom of expression.” The proposals will be put to a referendum on July 1. I want to congratulate the King for taking these steps which we hope will build into the same great sentiments of justice and mercy that are magnificently echoed in the vision of the American Founding fathers, who, remember, counted Morocco as one of their first allies, ever since 1777.

In May 2010, President Obama signed bipartisan legislation intended to promote a free press around the world. The legislation requires the United States State Department to expand its scrutiny of news media restrictions and intimidations as part of its annual review of human rights in each country. The test will now be how these measures are implemented.