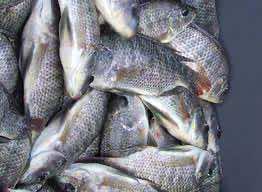 According to Reuters, European governments approved a one-year extension on Wednesday of a fisheries agreement with Morocco.

EU diplomats approved extending until March 2012 a deal whereby the EU purchases the right from Morocco to fish its waters and also off the disputed Sahara.

With backing from 20 of the EU’s 27 member states, the extension will likely be passed into law in the coming weeks, Reuters has reported.

But questions remain about the sustainability of the fisheries pact and whether – as mandated by the United Nations – it benefits the Sahrawi population living under Moroccan rule, so it is unclear whether the EU will try to extend the pact for four years as planned.

“In 2006, only Sweden opposed this treaty. People are getting more aware of the questionable nature of this agreement,” said Sara Eyckmans, coordinator for campaign group Western Sahara Resource Watch.

European fishermen widely fish the waters of the Sahara under the current 2007 agreement, mainly for sardines and octopus destined for European restaurants and processing plants.

Activists estimate about 70 to 80 percent of fish caught under the fisheries accord are caught in the disputed waters.

Spain — home to fish processing giant Pescanova — has led the call for the pact to be extended.

But responding to mounting concerns, EU fisheries chief Maria Damanaki last October said the EU executive Commission can only propose a renewal if Morocco proves the deal will benefit Sahrawis.

During Wednesday’s vote, Germany, which has been a sceptic of the pact and blocked its extension earlier this year, dropped its veto, saying it believes the pact benefits the local population, according to one source.