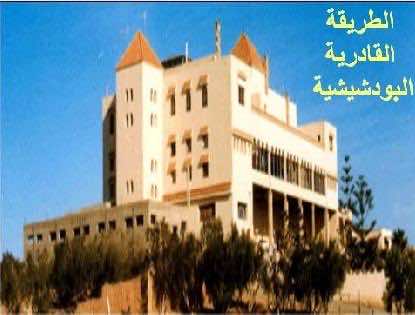 Anxious to ensure public support for a new constitution to be put to a referendum on Friday, authorities in Morocco have turned to the country’s mosques and imams to get out the vote.

Muslim worshippers attending Friday prayers last week were exhorted to back the plan, with imams across the country reading out a statement saying it “offers all advantages to our society” and will ensure Morocco “remains attached to its religious roots”.

An important Moroccan Sufi brotherhood, Zaouia Boudchichia, has also urged its adepts to support the plan and brought thousands of supporters to the streets of Casablanca on Sunday.

Experts say the appeals to the faithful are a sign of how much weight the authorities are giving to the need for a “yes” vote.

“It shows the authorities are pulling out all the stops to mobilise people to vote,” said political analyst Mohammed Madani of Mohammed V University in Rabat.

Morocco’s King Mohammed VI called the referendum earlier this month in a bid to get ahead of growing pro-democracy protests modelled on uprisings that ousted long-serving leaders in Tunisia and Egypt.

Under the new draft constitution to be voted on Friday, the king would remain head of state, the military, and the Islamic faith in Morocco, but the prime minister, chosen from the largest party elected to parliament, would take over as head of the government.

The new constitution would also remove a reference to the king as “sacred”, though he would remain “Commander of the Faithful” and “inviolable”.

Religious leaders insist they are not interfering in politics by urging the faithful to back the new constitution.

“The imams’ calls in the mosques on Friday to vote in favour of the project were not political acts,” said Mohammed Raouandi, a member of the High Council of Oulemas, the country’s top religious authority.

“This is about defending the identity of the country and its unity behind the Islamic religion and the king, who is the Commander of the Faithful,” he said.

A spokesman for the Zaouia Boudchichia brotherhood, Lahcen Sbai Idrissi, also said he saw no problem with the group organising supporters to back the “yes” vote.

“There is a regional political dynamic at work and our young people want to peacefully show their support for the king’s project,” he said.

Experts say the authorities’ appeal to religion also reflects their fears of the February 20 pro-reform movement that, organising supporters on websites such as Facebook and YouTube, was able to bring thousands of protesters to the streets.

The movement has called for a boycott of the referendum and another demonstration on Sunday.

Madani said the authorities are turning to religion in a bid to build more mass support for the referendum project, raising questions about divisions between public and religious life.

“This is not religion, this is politics and mosques are supposed to be neutral,” he said.