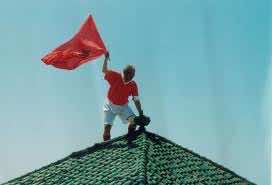 June 30, 2011- On one level, the kingdom of Morocco is the closest thing to a republican order in the Arab World. The fallen republics of Gaddafi, Assad or Ben Ali never matched the reforms initiated by the ‘Sherifs’ (with Prophetic lineage) of Morocco.

Nonetheless, there is ‘something rotten’ in Morocco; centrally-controlled contradictory reforms which are not compatible with genuine democratization.

The commodification of Morocco as quasi object of ‘exotica’ is a kind of branding which has become an art form by the European tourist industry. It packages Morocco by pandering to the superficial and consumerist ‘in-sensibilities’ of ‘Orient’-seeking travelers.

Many Moroccan medinas (old cities) are now havens for the rich and famous from European and Arab Gulf countries – who occupy restored riads (literally a lush garden such as those in paradise, meaning traditional Moroccan houses with open courtyards).

Tourist agents package and sell Morocco as if it is one big garden of tranquility, in the fashion of Majorelle Berge and Yves Saint Laurent. Here you can experience Mauresque splendour, sip mint tea, and seek the romanticism of Humphery Bogart’s Casablanca.

Marrakesh or Fez, which include pockets of wealth surrounded by thousands of excluded poor living in miserable slums, are being transformed from centres of learning and Islamic scholarship into luxury travel destinations reserved for those endowed with financial largesse and spare time.

Revelry and misery sit side by side.

Hundreds of meters away from sahat al fina, the main square in Marrakesh, the have-nots – mostly hidden from the riads and their wealthy occupants multiply – magnifying the sub-humanity of ordinary Moroccans.

The reality for the excluded and hidden millions is disenfranchisement, marginalization, and a sub-human existence in toilets, cemeteries, caves and derelict public spaces. Sex is an industry that tourism, especially tourists from other parts of the Middle East, relies on – pushing illiterate, unemployed young women into prostitution.

These social and economic illnesses cannot be cured by an unhealthy fixation on constitutional or institutional reform. The cure demands more than just curtailing kingly powers. It calls for more equitable wealth redistribution in a country where the monarch is a billionaire and to be super-rich you must be in the club of families that support him.

The ‘jewel in the crown’

Reform has been more of a PR campaign for Moroccan monarchs than any real push for change.

Political longevity in Morocco is owed to monarchical mustering of the art of top-down political rebranding: with the palace being the progenitor in possession of partners, scope, pace and substance of reform. This is what the late Hassan II, a true political chameleon, has bequeathed to Mohamed VI – the polyglot, highly educated and westernized ruler.

In post-colonial Morocco, there is a trick for every political season: the patrimonial Hassan II knew how to co-opt and exclude, how to bribe and brutalize, when ornament the government with elections and when to suspend parliament.

He kept the left and the right of the political spectrum in disarray – including the trade unions and excluding the Islamists towards the end of his 38-year-rule. He planted his most loyal civil servants as clients in the various circles of power.

And what patronage-clientelism failed to keep in check, ruthless coercion sought to fix in the dehumanizing desert prisons and other places of internment and torture.

Mohamed VI inherited his father’s political guile. At the same time, he very astutely sought to disinherit his father’s ‘reign of terror’: the torture, secret prisons, and executions.

In particular, the transitional justice process the new king set in motion won him plaudits inside and outside the kingdom. Almost á la South Africa, the king’s Equity and Reconciliation Commission (IER) sought to erase not only the darkness from Hassan II’s years, but also to clean the political slate – allowing Mohamed VI to reconcile with his Morocco.

Cosmetic as it might have been, the IER – under the direction Driss Ben Zekry, a former victim of oppression, the commission scrutinized Hassan II’s reign up to 1999, examining nearly 14,000 cases. Justice, perhaps, was not perfectly administered, as the process certainly had built-in flaws in terms of wider judicial representation and vetting.

On the positive side, however, the resulting 1,500 page report turned out to be a damning condemnation of the illegality perpetrated by or in the name of Hassan II. Also, it had the moral courage to disclose state secrets and gave the monarchy a badly needed dressage – (etymologically, government in Arabic comes from the grooming of horses).

The young king gave his liberal blessing to this dressage of the state.

He appointed the country’s first female advisor to the palace in 2001. A year later, the king gave his endorsement to a woman to become part of the High Council of Learned Scholars, the official clergy that under-writes political power, among its other responsibilities.

Another feather in his cap came in the form of the mudawwanah – a piece of legislation embodying ‘state’ or ‘male’ feminism. It was passed as law in 2003 (after initial Islamist opposition) and stated that the legal age of marriage for women was 18 instead of 15, that informal and unilateral divorce by men is disallowed, and that polygamy requires the permission of the existing wife.

More revolutionary is the king’s bold step in creating an office of female judges and religious guides who would be assigned to incarceration centers and local authorities.

What the king gives with one hand, however, he takes with the other. Female illiteracy is one of the highest in the Arab maghreb (north Africa). The other obstacle to proper implementation of the mudawwanah is the absence of training and financial resources.

Perhaps in the king’s calculus of power, implementation of these reforms risks alienating the important clerical constituency the ‘Commander of the Faithful’ needs for his legitimacy, and gives the forces of non-establishment Islam cause for mobilization against him.

The constitutional referendum of July 1 divides Morocco more than it unites. The country’s sophisticated liberal and educated elite largely favors legal-rational reforms that are gradually introduced into society as it upgrades into better stages of human development.

But this sequential model does not go far enough to curb monarchical writ in the eyes of the February 20 Movement, and the non-establishment forces of Islamism.

The new constitution and the referendum fit with the traditional role played by the palace in originating and thus controlling reform.

On the bright side, it sets Morocco on an institutional course of reform, unlike Yemen, Syria or Libya. So there is no chance of violence here. However, the point made by the February 20 Movement and the Justice and Charity Association (the banned party founded by the charismatic Sufi leader Abdessalam Yassine) is that the referendum would reproduce powerless institutions and monarchical absolutism through popular endorsement.

That is one reason why the massive grassroots youth movement and the Justice and Charity Association (JCA) – with its known republican tendencies – mobilised against the referendum, and will either boycott or vote against the proposed changes.

Note that the JCA has been waiting for this moment of critical mass. It had its own vision of a mass uprising (qawmah) in 2006. Its tens of thousands of members are amongst the foot soldiers of the mass protests multiplying all over Morocco. Like Syria and Yemen, pro-king and regime protests share the public arenas and sharpen the divide within the country’s polity and society.

However, the king remains the fulcrum around whom the entire political system turns.

Articles 47, 51-56 reproduce absolutism. The first set of reforms grant rights that organize citizen-citizen and citizen-state relations. The second set of articles on the king’s ‘rights’ nullifies the constitution’s enshrinement of the principle of a parliamentary monarchy, granting the monarch powers much higher than the sovereignty theoretically invested in the people’s house – the national assembly.

He reserves final say over the mandate of government and the appointment of the prime minister and ministers (47). He can dissolve parliament (51), and parliament is unable to debate speeches by the king (52). The king commands the military (53) as well as makes diplomatic appointments (55) and is the head of the judiciary (56).

Not ‘for bread alone’

There is so much in the political vernacular of the ‘Moroccan Spring’ indicating a strong desire for change, including the anti-monarchical sentiment. The slogans say it all: “Al makhzan barrah, al maghrab hurrah” (the monarchy out, free Morocco), “free press”, “free judiciary”, and “release of prisoners”.

Other slogans capture the struggle not only for the proverbial loaf of bread, but also for justice and equality: “You starve the people’s children and aggrandize your [the establishment’s] children.”

Regardless of how the referendum pans out – even if rigged this time – Morocco is one monarchy where change is inevitable. It has been engraved in a history of bread riots, civic struggles, and daily struggles by the excluded majority who are fighting on a daily basis for bread and dignity.

All these narratives are astutely captured by Morocco’s Mohammed Zifzaf (the Arabic novel, A Struggle to Live) and compatriot Mohammed Shokri (in his novel For Bread Alone, [Al Khobz al Hafyan]).

Democratizing Morocco will thus need more than ‘rebranding’ politics or mere tinkering with the constitution.