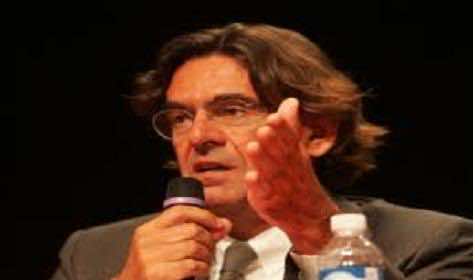 Still digesting news of sex assault charges against a presidential contender and allegations against a minister, French voters are now confronted with rumours of a high-level paedophile cover-up.

According to Ferry, who did not name the alleged paedophile, the case was known about “at the highest levels of state” and French officials worked with Morocco to hush up the scandal and ensure the minister returned safely.

Ferry’s intention appeared to be to cite an anecdote revealing the extent to which, prior to Strauss-Kahn’s arrest, French law prevented politicians and journalists from discussing individual sexual behviour behind closed doors.

But his comments provoked a storm of criticism, with leading political figures piling in to demand that he either provide evidence of wrongdoing to the authorities or else withdraw the claim as unfounded rumour-mongering.

“If anyone thinks he knows about a crime, he should make a complaint and not just blabber to the press,” Foreign Minister Alain Juppe declared.

Former justice minister Rachida Dati warned Ferry he had put himself in a difficult position, since he was either spreading slander or else perverting the course of justice by witholding evidence of a serious crime.

She predicted that an investigating magistrate would be obliged to look into the case, and warned: “We have legislation in France that allows us to prosecute anyone who carries out paedophile acts abroad.”

Ferry served as education minister in a previous centre-right government between 2002 and 2004. It was not clear from his comments whether he was accusing a former colleague or a minister in an earlier administration.

But he said the story had been confirmed to him by “a prime minister”.

On Wednesday, faced with mounting criticism, Ferry backpedalled in an interview with the website of the weekly news magazine, L’Express.

“I was trying to defend the press which respects private life and is not guilty of slander,” he said. “I have no proof, nor any precise detail about this matter, but when I was a minister I heard about it.”

According to L’Express’s accompanying report, Ferry had been citing what it dismissed as an “old rumour” which the magazine’s own reporters had probed in 2005 and concluded was without foundation.

Whatever the truth or otherwise of Ferry’s shock claim, the renewed allegations of criminal sexual behaviour and of a culture of secrecy and impunity among the French elite stirred a fevered national debate.

Strauss-Kahn, who had been favourite to lead the Socialist Party ticket in next year’s presidential showdown with Sarkozy, was well-known as a womaniser long before he was accused of assaulting a hotel chamber maid.

And Tron’s alleged foot fetish — he claims to practice amateur reflexology and to give foot massages as a therapeutic gesture to friends and colleagues — was notorious in his political circle and hometown Draveil.

But now that both men are accused of violent criminal acts, albeit ones they firmly deny, questions are being asked about whether France’s tradition of privacy has served as cover for chauvinism and predatory behaviour.

In the wake of the scandals several women have come forward to complain of a “macho” culture of flirting verging on open sexual harrassment in political circles, notably in parliament, and feminists have staged protests.