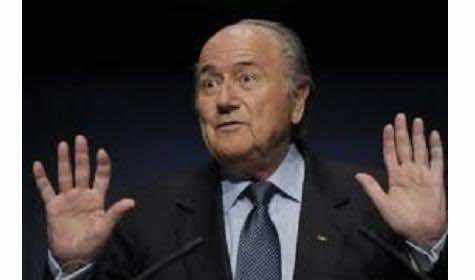 FIFA President Sepp Blatter was re-elected onWednesday, despite allegations of corruption. The head of the German Soccer Federation, Theo Zwanziger, had called for an investigation into the circumstances surrounding the vote that chose Qatar, to host the 2022 World Cup.

Before the FIFA meeting on Wednesday, Zwanziger raised the prospect of a review of the selection process to scrutinize the corruption allegations.

“There is a considerable degree of suspicion that one cannot simply sweep aside, and I would expect that awarding this World Cup under these conditions needs to be re-examined,” Zwanziger told German television.

Major FIFA sponsors including Coca-Cola, Adidas, Visa and the airline Emirates have expressed their concern about the allegations, saying they have tarnished the image of soccer.

Coca-Cola, sponsor of the World Cup since 1978, said it found the claims of vote-buying in the build up to the election of FIFA president “distressing.”

“We have every expectation that FIFA will resolve this situation in an expedient and thorough manner,” said Petro Kacur, a spokesman for the beverage giant.

Adidas said the repeated allegations of corruption “are neither good for the image of football, nor FIFA itself.”

Responding to the concerns, Blatter vowed in his opening remarks at the conference on Wednesday to overhaul the selection system and to have future World Cup venues chosen in a full membership vote, rather than by the executive committee.

Bin Hammam was the only other candidate in the June 1 election for FIFA president. His withdrawal from the race left Blatter unopposed to win his fourth term in the job.

The English Football Association (FA) on Tuesday called on FIFA to postpone the presidential election, so that “any alternative reforming candidate” had the opportunity to run against Blatter.

Although Blatter was cleared by FIFA’s ethics committee of any wrongdoing, the FA said in a statement refering to the executive committee that “a series of allegations relating to FIFA ExCo members made it difficult to support either candidate.”

David Bernstein, chairman of the FA, said they would abstain from the FIFA presidential vote since there was “a lack of transparency and accountability” in the organization.

The English FA has been supported by the Scottish FA and is looking for more support from other national organizations.

Under FIFA rules, they need support from 75 percent of the 208 national members of FIFA’s Congress to bring about a postponement of the election. The English and Scottish move, however, was unlikely to gather the momentum needed, since Blatter still enjoys considerable support within FIFA.