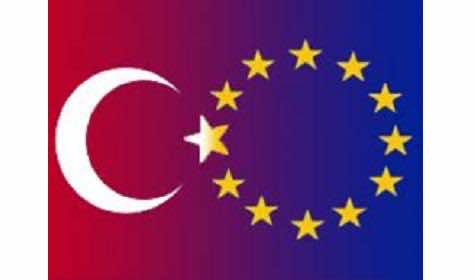 With many countries in North Africa and the Middle East in a state of flux, the future is an open book. If the EU is to be written into it in any meaningful way, European attitudes have to keep with the pace of change.

“To the East and South of the European Union lie 16 countries whose hopes and futures make a direct and significant difference to us,” reads the opening statement of a proposal for reforming the EU’s policy towards Middle Eastern and North African (MENA) countries.

Recent events, the European Neighborhood Policy (ENP) proposal continues, have brought this into sharper relief, and have highlighted the challenges the two regions face together.

That one little word – “together” – is laden with implication. As things stand, the two sides of the Mediterranean are not only divided by a body of water, but by a mentality which has grown from and thrived on the events of September 11, 2001.

Sihem Bensedrine, head of the National Council for Freedom in Tunisia (CNLT), said the main policy affecting relations between MENA countries and Europe is security. The post-9/11 suspicion of terrorism visited upon anyone of Arab extraction has been allowed to expand beyond all proportion, she said.

“It blinded communication and was like a big wall which made it impossible to think about long-term perspectives,” Bensedrine told Deutsche Welle. “Everything was seen as a security issue and this region was the big enemy.”

One area where that enemy status has been acutely noticeable is in the ever more manic world of airport checks. What is an irritating inconvenience for citizens of the western world is blatantly discriminatory for those from the East, Bensedrine said.

“Border police [in Europe] are under instruction to stop green passport holders and to scan their documents for information,” she said, adding that the process takes around 10 minutes as compared to an average of less than 60 seconds for red passport holders.

“You are under pressure, you feel you are blocking the people behind you and that they are not happy,” she said.

As far as she is concerned, this way of doing things doesn’t only serve to maintain the cleft between the two regions, but is proof of European double standards when it comes to human rights. Moreover, it is entirely useless and therefore a huge waste of resources.

“Not one European security check has caught a terrorist,” Bensedrine said. “It just creates animosity and makes people afraid of a lot of things that are not really founded.”

Security, however, is not the only issue which needs to be addressed in order to work towards “togetherness” between EU and MENA states. Essential thereto is free trade and economic integration.

Europe can play an instrumental role in helping to develop economies across the sea, so long as it does not approach the task with paternalistic arrogance. After decades of being dictated to, the last thing newly liberated countries such as Tunisia and Egypt want is to be at the behest of Brussels.

Daniel Korski, senior fellow at the European Council on Foreign Relations, said the ENP proposal is a step in the right direction. But the kinds of discussions needed to clarify how the EU will approach its relations with the region have yet to be held.

On the whole, EU politicians have not embraced the Arab Spring with the same feelings of hope and enthusiasm they mustered after the fall of the Berlin Wall. This is in part because the Union of today is more jittery than it was back in 1989 – primarily about security and economic development, and consequently also about immigration.

Fact is, the numbers of people from the far side of the Mediterranean lining up to cross to European shores are but a fraction of those who have come in the past. Indeed the United Nations Refugee Agency said asylum applications lodged in Europe have almost halved over the past decade.

Yet the prospect of new immigrants born of the Arab Spring has not been welcomed by the EU, where populist fears have fueled debate on the reinstatement of internal border controls abolished under the Schengen Agreement of 1985. Korski said it is up to policy makers to change public thinking.

“They have to explain that our economic future will not be better if we block the arrival of labor,” he said. “It is a matter of selling a vision rather than playing to the lowest common denominator.”

But Bensedrine is concerned that fears over immigration could block progress towards the real, fair partnerships that would make sense given the two region’s geographical proximity.

“In countries like France and Italy, some of the problems relating to the Arab world and North African immigration have been instrumentalized in electoral wars,” she said. “This is not motivated by fair thinking and fair reflection.”

Changing perceptions in never easy, and Europe’s view of its southern neighbors is no exception. But Bensedrine said it can be achieved if both sides are willing to listen to, respect and understand one another, and to have not only their own, but their partners’ interests at heart.