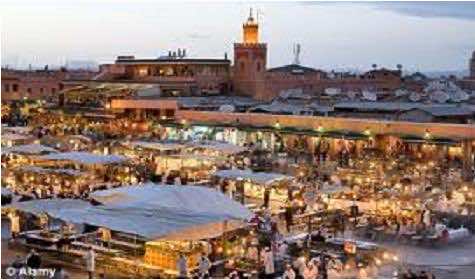 France’s public prosecutors opened an inquiry on Wednesday into allegations, aired on a television programme, that a former minister engaged in acts of paedophilia in Morocco.

France suffered another jolt at the weekend with the resignation of a junior minister accused of sexual harassment.

Politicians said the man who made the allegations of misdeeds in Morocco — former education minister Luc Ferry — should have taken the matter to the justice authorities.

“If you think an offence or even a crime has been committed, you raise the matter with the justice authorities, you don’t just go mouthing off about it in the press,” Foreign Minister Alain Juppe said.

Ferry, a philosopher and regular talk-show participant who was a minister in 2002-04 under a conservative government, said during a TV programme on Monday he would not name the person he was talking about, in relation to the Morocco sex matter, but many people knew about it.

He said his information came from “the highest level of state” and he remained defiant in the face of mounting criticism from both sides of the political divide.

“I’m delighted to have caused a stir,” he told French media.

Shortly after that riposte, the public prosecutor’s office confirmed via a spokeswoman that a preliminary inquiry was being opened and that investigators would summon Ferry to elaborate on his allegations.

Georges Tron resigned on Sunday from his post as minister in charge of the civil service after two women who formerly worked for him filed legal complaints against him of sexual harassment. He has dismissed the complaints and instructed his lawyer to counter-sue for defamation.

Strauss-Kahn was arrested in New York on May 14 and charged with attempted rape of a New York hotel maid. He denied the charges and has vowed to fight them.