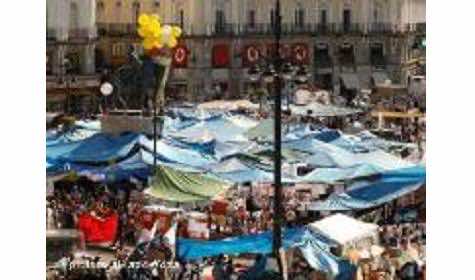 A decline in the jobless rate in Spain for May marks the second consecutive monthly drop in unemployment, suggesting that the country may be slowly pulling out of recession.

Spain’s labor ministry on Thursday said the number of people filing claims for unemployment benefits dropped in May by about 80,000. The decline follows a dip of some 64,000 in April, after the figure for those out of a job peaked in March at more than 4.3 million.

The figure, however, still represents an increase of three percent over the same period a year ago.

The Spanish unemployment rate hit 21.3 percent in the first quarter of 2011 – the highest in the industrialized world.

This compares to a jobless rate of seven percent in Germany for the month of May, which was that country’s lowest since reunification. Across the 17-nation eurozone, unemployment remained unchanged from April at 9.9 percent.

In Spain, a broken promise by Prime Minister Jose Luis Rodriguez Zapatero to combat unemployment has prompted a wave of protests across the country. Many Spanish young people are indignant that, despite a good education, they have few prospects of getting a decent job.

Tent cities have sprung up on the main squares of many cities with tens of thousands of protesters demanding an end to their economic hardship.

Spain has been fighting fears that it will need a bailout, like Greece, Ireland and Portugal. Prime Minister Zapatero has introduced austerity measures and vowed to cut the public deficit, but that, many feel, is the reason there are so few good jobs available.

Compounding that situation, the current cucumber scare, originating in Germany and initially blamed on Spanish produce, could see the meager improvement in Spain’s jobless figures evaporate, if the agricultural sector – one of the country’s key industries – suffers serious losses over the summer.