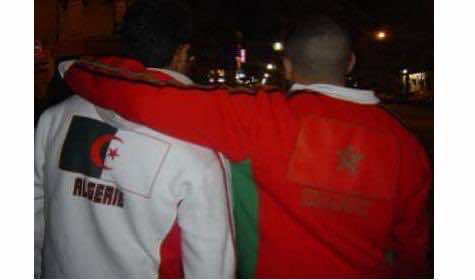 Biggest test yet for Gerets and his Lions

Anyone who looked at Group D after the draw and figured that the 2012 African Cup of Nations race would be dominated by Morocco and Algeria was off the mark. After three games played, the two favorites from the Maghreb are surprisingly in third and fourth place.

For the Atlas Lions, their meager standing is primarily due to their faulty start to qualifying, when they failed to get past a stubborn Central African Republic team in Rabat.

Some have pointed to Eric Gerets’ late arrival as the main reason for the disappointment, but the players had to face Tanzania without him as well, and came back with all three points from Dar es Salaam. The side then headed to Annaba where it looked offensively inept despite all its possession against a better organized and seemingly more motivated Algeria side in Gerets’ first qualifier at the helm.

Now the coach is under a considerable amount of pressure, as a loss in Marrakesh would essentially mean that Morocco would have to rely on favors from other sides in order to qualify and avoid missing a second Cup of Nations in a row.

In dire need of a win, the Belgian tactician hasn’t hesitated in ratcheting up the intensity by admitting that if he fails to lead Morocco to Gabon and Equatorial Guinea then the Moroccan Royal Football Federation (FRMF) would be legally free to sack him per the conditions in his contract.

The majority of football fans in the north African kingdom don’t want to see that happen, as most agree that Gerets is doing a fine job and that improvements are starting to show. If his players want him to stick around and continue the revival he’s been tasked with, then it’s up to them to win at all cost. Individual flair and pretty build up play won’t count for much if the Atlas Lions fall flat like they did in Annaba.

The Fennecs look to outfox their neighbors again

Much like its upcoming opponent, Algeria stumbled out of the gates of Afcon qualifying when it came from behind to salvage a 1-1 draw against Jan Poulsen’s Tanzania in Blida. After a rather underwhelming 2010 World Cup campaign during which the team didn’t score a single goal, the result proved to be former Fennecs coach Rabah Saadane’s last game in charge, as he was sacked by the Algerian Football Federation (FAF).

His replacement, Abdelhak Ben Chikha, followed that up with a nightmare start of his own when his men collapsed in the late stages of an away match against the Central African Republic. The 2-0 loss ended up being a catalyst for the Fennecs, who knew that another letdown against Morocco would not only drop them out of qualifying contention, but would also likely bring Ben Chikha’s time with the national team to an undesired premature end.

Determined to stave off elimination and save the manager’s job, an under-staffed Algeria battled to an ugly, but precious win against Morocco. Now, in the return fixture, the team is benefiting from more offensive manpower, and will look to use its counter-attacking threats to good effect in Marrakesh.

Speaking to the media prior to the crucial match, Ben Chikha has made it clear that although the points are extremely important to both nations, he wants to see fair play prevail and for Algerian and Moroccan ties to remain strong no matter the result at the end of 90 minutes.

Unfortunately for the Atlas Lions, some of their players are limping into this match. It’s already been confirmed that Wydad midfielder Mohamed Berrabeh will miss the qualifier due to injury. Perhaps more worryingly, both Nancy-Lorraine’s Michael Basser and Anzhi Makhachkala’s Mbark Boussoufa are also possible absences.

Unlike the previous match between these two, this time around Ben Chikha does not have any serious injury concerns to contend with. Rafik Djebbour had a slight tweak in his adductor muscle, but scans have revealed nothing serious. Meanwhile, both Rais Mbolhi and Mehdi Mostefa were rested, but are expected to be available come matchday.

It’s not quite a make or break affair, but it almost is and sparks usually fly in north African derbies of this magnitude. Look for Morocco to press early and often in search of the all-important first goal that evaded it in Annaba. This time around, expect Morocco to get on the score-sheet, but Ben Chikha’s players are solid enough to do the same and pull out a draw, a decent result considering the caliber of the opponent.