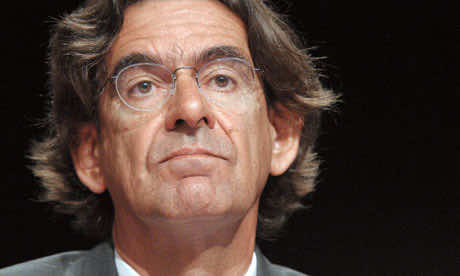 Police child protection officers are to investigate, after another former minister made extraordinary claims on French television on Monday, triggering more debate over whether politicians are protected by their colleagues and the press.

During a chat show on Canal Plus on Monday, philosopher and former education minister Luc Ferry talked of another former French minister who he said had been caught sexually abusing young boys in Marrakesh.

Ferry did not name the alleged paedophile, but said the case was known about “at the highest levels of state”, and that French officials worked with Morocco to hush up the scandal and ensure the minister returned safely.

Appearing on TV to discuss issues arising from the accusations faced by former IMF chief Dominique Strauss-Kahn, and former civil service minister Georges Tron, his unexpected allegations of paedophilia and a subsequent coverup, have provoked a new storm.

“If anyone thinks he knows about a crime, he should make a complaint and not just blabber to the press,” said Foreign Minister Alain Juppe on Tuesday.

On Tuesday, a children’s rights group said it had filed a complaint in Morocco following the accusations.

“Moroccan courts can summon anybody who has knowledge that a crime has been committed,” Yassine Krari, lawyer for the group Touche pas a mes enfants (Hands Off My Children), told RFI.

“Former ministers are not exempt from this obligation to assist the courts. The Moroccan courts will shed light on what happened. The events Ferry alludes to are a crime. And if he knows a crime took place and does not reveal his knowledge of it, then he is committing an offence.”