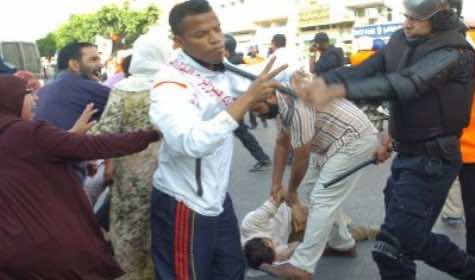 “What we are witnessing is a draconian response to people merely exercising their right to freedom of expression and assembly”, Amnesty International said.

“The Moroccan security forces must not repeat the same mistakes that they have made in recent weeks, where peaceful protests were subject to a violent crackdown, “the organization added.

Although the protests have been peaceful, the organization said “it has received numerous testimonies about scores of protesters who were physically assaulted by security forces wearing uniforms as well as civilian clothes. They were beaten with truncheons and sticks.”

Amnesty International also cited the cases of several victims who were exposed to the Moroccan authorities’ repression, including women, children and doctors.

According to the report received by Amnesty International, “security forces have been visiting families of activists from the “20 February Movement”, intimidating and threatening them”.