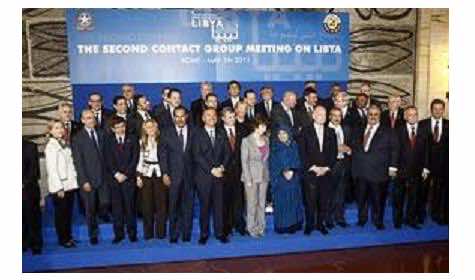 PARIS, June 3 (Reuters) – France said on Friday it was working with those close to Muammar Gaddafi to try to convince him to leave power as well as stepping up military pressure via the NATO-led mission in Libya.

“He is more and more isolated,” Foreign Minister Alain Juppe told Europe 1 radio. “There have been more defections around him and we have received messages from his close entourage which has understood that he must leave power.”

“We will increase the military pressure as we have been doing for several days…but at the same time we are talking with everyone who can convince him to leave power,” he said, speaking by telephone during a visit to Israel.

A NATO-led military alliance extended its mission to protect civilians in Libya for a further 90 days this week, after Gaddafi made it clear he would not step down in the face of a four-month-old uprising which has left thousands dead.

NATO’s first 90-day mission is due to conclude in late June.

Libyan rebels and NATO have made Gaddafi’s departure a condition for a ceasefire, but he emphatically told visiting South African President Jacob Zuma this week he would not leave Libya.

With the United Nations warning that his government was running out of food, the Libyan capital Tripoli this week saw the first big protest in months against Gaddafi’s 41-year rule.