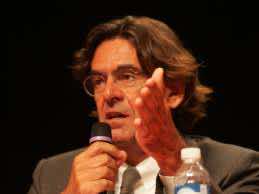 Luc Ferry, a celebrity philosopher and former education minister, claimed this week in a televised debate that he had heard about the scandal from “a prime minister” during his own time in office between 2002 and 2004.

Prosecutors responded by opening an investigation on Wednesday. Sources close to the probe told AFP that police in the child protection brigade questioned Ferry as a witness at their headquarters on Friday morning.

In the debate Ferry said he had been told about a former minister, whom he did not name, who was said to have been arrested in Marrakesh on suspicion of paedophilia but flown back to France in secret while the report was hushed up.

The claim — which came when France was reeling over news of two other senior figures implicated in sex crimes investigations — triggered outrage, with current ministers demanding Ferry produce proof or drop his claim.

Ferry has already insisted that he has no specific proof that a sex crime took place, but was merely recounting anecdotally what he had heard during his time in government from other senior French officials.

The shock claim came as France engaged in soul-searching about the behaviour of its allegedly chauvinist political elite in the wake of two scandals.

On May 14, Dominique Strauss-Kahn, head of the IMF and favourite to lead the Socialist ticket in next year’s presidential showdown with incumbent Nicolas Sarkozy, was arrested in New York on suspicion of attempted rape.

Then, earlier this week, junior public service minister Georges Tron was forced to resign after two municipal employees from the town where he is mayor accused him of sexual assault.

Both men deny all wrongdoing, but the reporting of their cases has breached the wall of silence surrounding the sexual lives of French leaders and led to a string of allegations of predatory behaviour in high office.