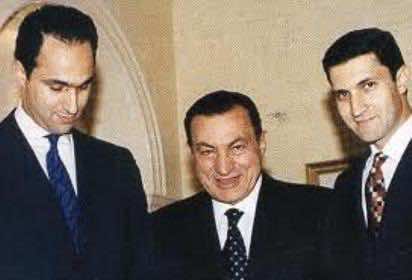 The Cairo Court of Appeals set 3 August as the date for the trial of former President Hosni Mubarak, his two sons, Alaa and Gamal, and businessman Hussein Salem,in a statement issued on Wednesday.

Attorney General Abdel Meguid Mahmoud referred Mubarak, his sons and Salem (a fugitive businessman and considered Mubarak’s closest and number one friend ) for criminal trial on 24 May.

The referral decision also stated that Mubarak and Adly incited members of the police force to fire live ammunition at protesters and to run over them with vehicles, with the intent to disperse or kill them.

As for Mubarak’s friend Salem, the statement said that Mubarak allowed Salem to seize hundreds of thousands of acres of state-owned land in the most prestigious tourist areas of Sharm el-Sheikh, a resort city on the Red Sea.

Mubarak’s son’s Gamal and Alaa are accused of abusing their position as being the sons of the president to facilitate Salem’s access to state land in exchange for real estate they received from Salem.