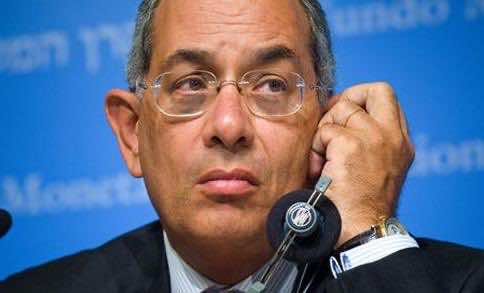 Former Egyptian finance minister Yussef Boutros Ghali was on Saturday sentenced to 30 years in prison in absentia on corruption charges.

Judge Magdi Ghoneim of the Cairo criminal court sentenced Mr.Ghali to 15 years for squandering public money by using cars held in customs and 15 years for abusing his position to personally benefit from ministry funds.

The court also ordered him to return 30 million Egyptian pounds ($5.05 million) and to pay an additional 30 million pounds in fines.

Mr. Ghali was found guilty of having used 102 cars waiting in customs — including six luxury cars for personal use — in an action which “greatly harmed the financial interests” of their owners.

The court also sentenced him for having used the finance ministry’s resources for his personal electoral campaign, printing materials at the expense of the ministry.

Mr. Ghali, who is out of the country, is one of a string of ministers of ousted president Hosni Mubarak’s regime to face justice as part of a sweeping probe into fraud by the country’s new military rulers.

Mr. Mubarak is to face trial on August 3, along with his two sons Alaa and Gamal, accused of ordering the shooting of anti-regime protesters during the January-February uprising and for fraud.

The former president’s once feared interior minister Habib al-Adly has been sentenced to 12 years for corruption and is facing a second trial over the killing of protesters.