Bob Ramsak with assistance from Mohammed Benchrif for the IAAF 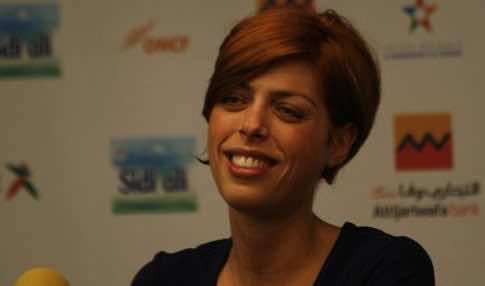 Bob Ramsak with assistance from Mohammed Benchrif for the IAAF

Rabat, Morocco –  (IAAF) When the fourth edition of the Meeting International Mohammed VI gets underway on Sunday (5), there’s little doubt who will attract a great bit of the attention at this IAAF World Challenge Meeting.

More than 100 journalists and photographers packed the conference room at the Royal Moroccan Athletics Federation (FRMA) on Friday (3) to get a glimpse of 2010 World Athlete of the Year Blanka Vlasic, a media gathering nearly unprecedented on the one-day meeting circuit. Wilfried Meert, director of the Memorial Van Damme in Brussels who is assisting organisers with Sunday’s event, certainly never witnessed anything like it. Neither has Vlasic, one of the sport’s most popular stars, who’ll be making her third start of the season.

The 27-year-old Croatian didn’t make any predictions for Sunday, saying that Rabat was just the next step of many on the road to a third successive World High Jump title later this summer in Daegu.

“I know when I have to be in top shape, but in every season, I train to try to be my very best at every competition and be better than Blanka from last year,” said Vlasic, who opened 2011 with 1.94m and 1.95m clearances, enough to win at the Shanghai and Rome stops on the Samsung Diamond League Series. “But not only in the big competitions, to also do my best in every competition.”

“The season is still very young and right now I’m just struggling to get out of the hard trainings and to hit the first two metre jump,” she added, clearly pointing to her target in the Moroccan capital. “At this point in the season any competition with two metres is perfect.”

Last year it took Vlasic three meets outdoors before topping that still formidable two metres and currently she’s not even the world leader – Russian Anna Chicherova is, with a 1.96m clearance in Sochi on 25 May, and she’s in the field as well. The field also includes three others just behind on this season’ form card: Russian Irina Gordeyeva, Levern Spencer of St. Lucia, and Marina Aitova of Kazakhstan who have all topped 1.94.

Another star who attracted a packed press conference was Asafa Powell, the former 100m World record holder who’s hoping to leave his mark here on Sunday as well.

Powell, who opened his 100m season with a 9.95 victory in Shanghai and finished a close second to World record holder Usain Bolt in the Rome 100m eight days ago, will be looking to not only improve on his 9.93 from the Italian capital, but to wrestle the world lead from his compatriot Steve Mullings (9.89) as well.

“I don’t want this opportunity to pass by so will try for a very fast race,” Powell said on Thursday. Rabat will also be Powell’s final race prior to the Jamaican championships in Kingston later this month, providing a welcome respite from nearly a month of non-stop trans-Atlantic travel.

His primary challenger will be a familiar name, Portugal’s Francis Obikwelu, the former European double sprint champion and Olympic silver medallist in 2004 who brings major competition credentials to the start line.

Another Jamaican, Marvin Anderson, will be leading the 200m field arriving in Rabat on the heels of his 200m victory in Ostrava over Yohan Blake, with a season’s best 20.27. He’ll take on Zimbabwe’s Brian Dzingai , the fourth place finisher at the 2008 Olympic Games; Irish record holder Paul Hession, and Belgian 400m standout Jonathan Borlee.

Local flavour in the middle and long distances

While Vlasic’s and Powell’s first-ever appearance on African soil is sure to garner plenty of international attention, so too will the deep crop of local talent on the track. Home to all-time greats Hicham El Guerrouj, Said Aouita, Salah Hissou and others, Morocco’s traditional strength lies in the middle and long distance events, and some on the country’s current roster of standouts will take centre stage at the nation’s premiere annual athletics event.

In the 1500m, Abdelaati Iguider will be chasing a third victory here. The 24-year-old, who took World indoor silver in 2010, has run 3:33.50 this season, but most recently finished a distant seventh in the fast Hengelo race last Sunday. That race was won by strong-finishing Mohammed Shaween who clocked 3:31.82 to break his own Saudi Arabian national record. The 25-year-old Asian Games champion raised quite a few eyebrows in Hengelo and will be looking for a strong follow-up here.

Among the sizable Kenyan contingent in the field, Remmy Limo (3:34.65), Collins Cheboi (3:34.16) and Bethwell Birgen (3:34.59) have run under 3:35 this season. French steeplechase star Madiedine Mekhissi-Benabbad, the reigning Olympic silver medallist, will be giving his speed a solid test in this his first race of the season.

The women’s 1500m brings together four of this season’s six fastest, with Morocco’s Siham Hilali taking centre stage at home. The 25-year-old ran well in Hengelo, finishing a strong third in 4:01.33. Here she’ll tangle with Ukraine’s Anna Mischenko, who kicked off her 2011 campaign with high profile victories in Doha and Shanghai. Others to watch include Ethiopian Meskerem Assefa, who was second in Rome, and Kenyan Irene Jelagat, who have both run under 4:02 this season, and Morocco’s Btisaam Lakhouad, a 2008 Olympic finalist with a sub-4:00 personal best.

In the women’s 800m, Moroccan Halima Hachlaf, last year’s surprise Rome winner in 1:58.40, will take on Dutchwoman Yvonne Hak and Briton Jeanny Meadows, the silver and bronze medallists from last year’s European championships. Meadows in particular has gotten off to a solid start, winning in Shanghai and then again in Hengelo last Sunday in 1:59.76.

The men’s 3000m Steeplechase will be a wide open affair, with a slew of Kenyans figuring prominently. Elijah Chelimo is the fastest this year among the entrants at 8:20.53 while Moroccan veteran Abdelkader Hachlaf has an 8:24.64 to his credit this season.

The longest event on the women’s programme is the 3000m where Sally Kipyego’s 8:51.07 early season world lead will likely fall. At 14:34.86 and 14:40.86 respectively, Kenyans Viola Kibiwott and Priscah Jepleting are among the six fastest this year in the 5000m, certainly a decent standard with which to test their possibilities over the shorter distance.

Rounding out the action on the track will be a pair of 400m races, the flat for the men, and with barriers for the women. After a pair of runner-up finishes with the hurdles, European 400m Hurdles champion David Greene will be competing sans barriers where his career best is 46.38 from last year.

In the women’s 400m Hurdles, 2008 Olympian and 2010 NCAA champion Queen Harrison makes her season’s debut, while the fastest in the field this season is Bulgarian Vania Stambolova at 54.85.

Elsewhere on the infield

Elsewhere on the infield, local long jumping star Yahya Berrabah returns to the scene of his 8.38m national record. Berrahah has gone 8.25m this season, and will face Ghanaian Ignisious Gaisah, who was second in Hengelo with an 8.26m season’s best, and Briton Greg Rutherford, third in Hengelo at 8.18m, also a season’s best.

Dutchman Erik Cadee, No. 5 on this year’s world lists with 66.95m, will be the man to beat in the men’s Discus. The 27-year-old has shown good consistency this season in the 66-metre range, most recently with his runner-up finish to World champion Robert Harting in Hengelo where he reached 66.16m.