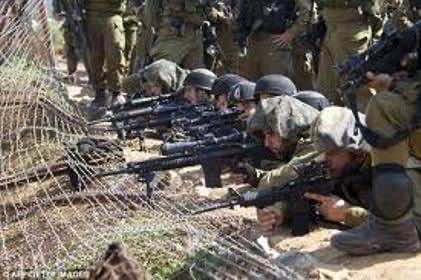 Syrian security forces shot dead at least six protesters in the northern town of Jisr Al Shugour while tanks rolled toward the southern entrance of the central city of Hama, an activist rights group said.

Head of the Syrian Observatory for Human Rights, Rami Abdel Rahman, said fresh clashes erupted in the northern town on Saturday as security forces tried to disperse a throng of protesters marching through the town.

Mr. Rahman also warned that the country is sliding down a tunnel and nearing close to the edge of the abyss.

More than 100,000 people took part in the funerals of the dozens people killed during anti-regime protests on Friday across Syria, all but five of them in Hama, the London-based rights group’s said.

He added that security forces on Friday sprayed gunfire on a crowd of more than 50,000 gathered in Hama’s biggest rally since the uprising broke out in mid-March.

In 1982 former President Hafiz Al Assad bombed thousands of Hama protesters into submission, a carnage that has been cemented into the country’s national memory.

“It is a real massacre,” a witness who took part in Friday’s Hama protests and fled the gunfire, told the Associated Press. “People were running, shouting. We ran up to people’s homes and hid there until the gunfire died down,” he said.

In Homs, a city 40 kilometers (25 miles) from Hama, two people were killed Friday and another two in nearby Rastan, said Mr. Rahman. One person was also killed as security forces opened fire in Idlib province.

Syria’s official press, in its account of Friday’s violence, said 20 people were killed, including police, security agents and civilians “by shots fired by armed groups.”

The Friday violent crackdown is considered to be of the bloodiest days since the start of an 11-week revolt against the authoritarian rule of President Bashar al-Assad.

He was “alarmed at the escalation of violence in Syria, which has reportedly left at least 70 killed over the past week alone, bringing the total casualties since mid-March to over 1,000 dead,” a spokeswoman said.

Rights groups say more than 1,100 civilians have been killed and at least 10,000 arrested in the brutal crackdown since the protests began in mid-March.

Mr. Rahman said 60 people were detained on Friday during a demonstration in the Mediterranean city of Banias.