The Atlas Lions had the upper hand over the Algerian team 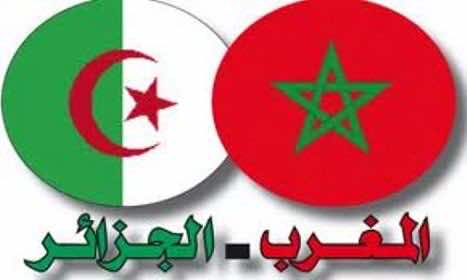 The Atlas Lions had the upper hand over the Algerian team

As hoped by millions of Moroccans, the Atlas Lions won convincingly in  one of their best games for quite a while. The game started with an artistic image made by thousands of fans who pictured the red Moroccan flag.

The game started with a mediocre technical performance form Chemakh’s teammates. Fans had to wait until the 21st minute when defender Mahdi Benatia opened scoring and help in orchestrating two more goals to lead Morocco to a historic win over Algeria with four goals to nothing in the 2012 qualifiers of the African Cup of Nations.

Mehdi Benatia opened the scoring after a 21st-minute corner and Marouane Chamakh pounced on a superb through ball down the middle to make it 2-0 in the 38th.

Youssouf Hadji added a third goal on the hour before Oussama Asaidi completed the rout.
Morocco has seven points from four games, three ahead of Algeria, Central Africa and Tanzania.

Through this win, Morocco avenged his defeat to Algeria in the first leg in Annaba on March 27th and took the leading position of group D with 7 points from four matches, but has to wait for the results of the other match in the group between the Central African Republic and Tanzania, both of whom have four points.

The Atlas Lions imposed their style of playing in the second half of the game, after reestablishing their self-confidence, which gave them an incentive to play good football and crush visitors with four goals.

This is the second biggest score in the history of confrontations between Algeria and Morocco. The first biggest score dates back to December 9, 1979 in Casablanca, when Algeria won 5-1, during the playoff for the 1980 Olympic Games in Moscow.