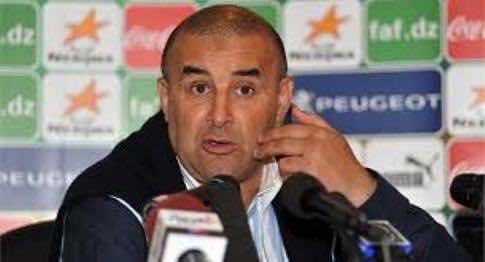 Algeria coach Abdelhak Benchikha resigned on Sunday, the day after his side were hammered 4-0 by neighbours Morocco in an African Nations Cup qualifier.

His departure was announced on the Algerian Football Federation website (www.faf.dz) less than 12 hours after the defeat in Marrakesh dented the country’s hopes of a place at the 2012 Nations Cup finals.

Algeria were semi-finalists in 2010 and also appeared at last year’s World Cup in South Africa.

“After the national team’s defeat by Morocco … Abdelhak Benchikha handed in his resignation to the president of the Algerian Football Federation,” a federation statement said.

Benchikha took over in September from Rabah Saadane and managed only a single win in four outings.

The Algerian had previously served as an assistant to Saadane and his tenure was overshadowed by persistent media reports that the country’s soccer federation was contemplating the appointment of a more high profile coach.

Algeria’s next qualifier is at home to Tanzania in September.