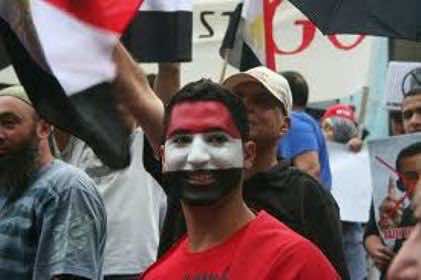 A poll released Sunday indicates that at this point, only a small minority of Egyptians supports the powerful Muslim Brotherhood, and less than 1 percent favor an Iran-style Islamic theocracy.

The Gallup poll conducted after the fall of President Hosni Mubarak found that while 69 percent of Egyptians want religious leaders to have an “advisory role” in new legislation, most do not want a government based in religion.

Only 15 percent said that they support the Muslim Brotherhood, while more than 60 percent showed no political preference.

The results appeared to counter a widely held view that the Muslim Brotherhood will be the main winner in September’s parliamentary elections.

The Brotherhood favors a regime guided by Islamic Sharia law.

The Muslim Brotherhood, outlawed under Mubarak, said in April that it would contest half the seats in Egypt’s parliamentary elections in September, sparking fears among secular political forces of a parliament dominated by Islamists.

The group has become more vocal about its plans for a state drawing on Islamic law, drawing on its large network of social groups and followers, which were allowed to operate under strict security oversight from the Mubarak regime.

The poll results are heavily influenced by undecided voters among the 60 percent with no stated preference, but they indicate that if the election were held now, the Brotherhood would not be the controlling factor.

Indicating religious tolerance in Egypt, the poll showed that Egypt and Lebanon are the most likely in the Middle East to “welcome a neighbor of another faith.” Christians comprise 10 percent of Egypt’s population.

The Egyptians position toward the United States was not affected by the popular revolution. A majority of Egyptians expressed disapproval of U.S. policy, based on its perceived support of Israel, said Dalia Mogahed, director of Abu Dhabi Gallup Center. She said Gallup recommends that the U.S. “work tirelessly to end the Palestinian-Israel conflict.”

In local issues,the poll showed half of Egyptians believe that the economic conditions are worsening. Even so, the majority of people appear optimistic about a better political and economic future.

The poll, conducted in April, surveyed 1,000 Egyptians aged 15 and older between late March and early April, and quoted a margin of error of 3 percentage points.

A second poll, conducted in April by the International Republican Institute, showed that economic issues were most important to more than half the respondents, and more than 80 percent of Egyptians rate their economy as poor.

“Despite optimism, more than one-third of Egyptians said they have trouble feeding themselves and their family or providing for the most basic needs,” the study released Sunday said.

The poll questioned 1,200 Egyptians and quotes a margin of error of 2.78 percentage points.