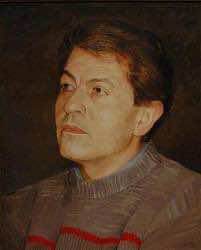 Philadelphia – Saadallah Wannous is not like any other playwright, nor like any other intellectual. He is of a unique type “governed by hope”. He belongs to the brand of intellectuals who relish challenging difficulties, and do not surrender despite successive defeats. The defunct invented the most beautiful shelter for anyone who tried to make change and felt overtaken by despair. This wide open, borderless space is hope.

Saadallah Wannous, the internationally acclaimed Syrian playwright, ended his play “Elephant, the King of All Times” with the following prophecy:

Actors in unison: this is a story.

Actor 5: and we are actors.

Actor 3: we played this play for you so that we learn its lessons together.

Actor 7: do you know now why Elephants exist?

Actor 3: are you aware, now, why Elephants multiply?

Actor 5: but our life is only the beginning.

Actor 4: when elephants multiply, another story shall begin…

Actors in unison: a violent bloody story. Together, we shall play that story another night!

The fourteenth commemoration of the passing of Saadallah Wannous coincided, this year, with the beginning of the end of the Era of the Elephant in the Arab world. His prophecy came true: the elephants multiplied and the violent bloody story materialized. The elephant became unbearable. Those compelled to sanctify and worship it, rebelled! Saadallah Wannous passed away on May 15th, 1997 – after a very long brave battle with cancer – yet his works remain an invaluable entry to understanding the imbalanced relationship between power and people in the Arab countries.

Saadallah Wannous is not like any other playwright, nor like any other intellectual. He is of a unique type “governed by hope”. He belongs to the brand of intellectuals who relish challenging difficulties, and do not surrender despite successive defeats. The defunct invented the most beautiful shelter for anyone who tried to make change and felt overtaken by despair. This wide open, borderless space is hope. His unfaltering belief in hope is what nourished Wannous’ will of life, and provided him with the courage to defy his pernicious illness; the result of which was a life inside life and an abundant intellectual production that the writer snatched away from the claws of death. The numerous works, he bequeathed to us, are road signs for those who need guidance in the midst of the continuous Arabic setbacks.

Saadallah Wannous was born in the village of Hesn El-Bahr in 1941. He was only fifty six when he took his leave. His has a very short but extremely productive life. A life dedicated to intellectual anxiety which led to the shaking of the long established theatrical maxims in the Arab world. He was assigned to different theater related positions for many years in Syria after finishing a Bachelor of Arts in journalism, in Egypt, in 1963; and studying theater in France in 1966.

In the period between 1961 and 1997, he wrote many seminal theatrical works. His oeuvres include but are not limited to: Elephant, the King of All Times (1969), The King is the King, (1977), Hanthala’s Journey from Slumber to Consciousness (1978) and The Rape (1990). The eighties can be considered a period of intellectual hibernation for Saadallah. His longtime friend Abderrahman Munif considers the eighties a period of “meditation and self-questioning” that is “worth reflection because of its importance in terms of intellectual honesty, and holding oneself accountable before others”. This second period was followed by the “illness period” in which Saadallah reached artistic maturity. He understood the fatality of his illness, felt that recovery is not within reach; and he dedicated all his energy to writing. He decided to steal time from the time of death. He managed, with his determination, to play gimmicks with it. He inscribed eternal stolen moments – from a big time usurer called cancer – in six books. With a strong determination, equal only to Edward Said’s brave fight against leukemia, Wannous managed to engrave his last ideas on Fragments from History, (1994), Rituals of Signs and Transformations (1994), Miserable Dreams (1995), A Day of Our Time (1995), Mirage Epic(1996) and Drunken Days (1997).

• The beginnings, his work during this period is short, overly poetic and deeply immersed in allegory. The influence of the existential and absurd theater experiences is palpable.

• “Engagement” and direct theatrical political action; this period is informed by the 1967 defeat, and the expansion of the political oppression in the Arab world. Since theater, in Saadallah’s eyes, is an aspect of freedom and democracy, he felt it a moral obligation – as intellectual – to denounce the regressions in the political atmosphere in Arab countries.

• The period of “disillusionment” – or absolution from illusion, in Munif’s words – and reformulation of the question of theater through the self. Theater according to him is “more than an art. It is a complex civilizational phenomenon whose loss would make the world drearier and uglier”. It is within this civilizational mission that Saadallah understood the force of theater to liberate people from the fear of authority.

“Elephant, the King of All Times” cannot be dissociated from its historical context. It is an artistic portrayal of the predominance of power, wittily represented by this gargantuan animal, the elephant. The play is about a king who adores his elephant, and he set him free in a city. The elephant wrecked havoc in the city, destroyed people’s crops, trampled on their means of survival, and deprived Mohammed El Fahd – a resident of the city – of his son; the elephant trod on the little child and he became “a crushed pile of meat and blood”. The city residents could not take the elephant’s destruction anymore, and they decided, convinced by Zakarya – an educated instigator – to complain to the King. It is your right, he told them. They reluctantly decided to go to the palace. They experienced all sorts of humiliation at the hands of the guards. People, in the tradition of palace dwellers, are a herd of dirty, lice and flea-stricken animals. The guard – one of the people – becomes part of an infernal machine whose sole goal is to humiliate people. Working for the King – as it is depicted in the play – dehumanizes the guard, and turns humiliation into a daily ritual.

Zakarya trained his people on how to approach the King respectfully. After multiple auditions, they finally managed to learn propitious way to address their grievances to the King in unison. Yet, once they were in his presence, they lost their ability to speak. They became speechless. Zakarya did his part, the people did not. After several absurd trials, Zakarya – to save his life – requested the king to find a female for the elephant. People are so in love with his majesty’s elephant that they sympathize with his need for company.

Zakarya’s behavior depicts the predicament of the intellectual in societies where silence has become an achievement. His people’s betrayal, at a critical moment, forced him to give up his instigator role. He added himself to the hordes of opportunists in the Arab world. Zakarya went from a leader, who tried to oppose power, into a servant of the elephant. This transition, from the trench of people’s defender to the opposite side, has definitely destructive consequences and far reaching implications on the people’s interests. The lesson is very simple: silence brings humiliation. The power would not have humiliated the people, had these people been defending their rights. The actions of the king deserve meticulous attention to grasp how rulers in the Arab world conceive their people.

The play ended with a prophecy. People will have a better future if they unbridle their tongues. When they set themselves free from the slavery of silence, their grievances will be heard. Zakarya – the problematic hero – tried to awaken this faculty in his people, but the hand of fear was stronger than his instigating words. Saadallah – optimistic as he was – did not want to end the play on a gloomy note. He heralds that the multiplication of elephants is in itself the cause of their end. ‘A bloody violent story” will follow. The multiplication of elephants is the beginning of another story: a bloody end for the elephant, its owner and its servants.

The power of hope is stronger than the fear of the elephant. We have all witnessed the end of the Tunisian elephant, and how the Egyptian mammoth followed suit. We are still witnessing how many elephants are being wounded in many Arabic countries. The words of Saadallah Wannous are reverberating in our ears as if they were said yesterday, not forty two years ago. These words will keep their actuality – regardless of time and space – because they carry the wisdom of a forward-looking intellectual who came and left before his time. May Saadallah Wannous rest in peace, and may the Arab peoples get rid of all remaining elephants.