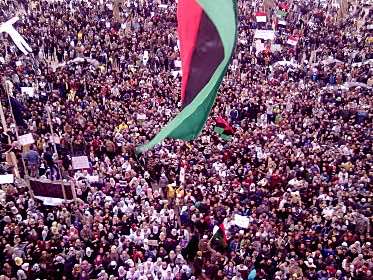 Among the continuing “Arab Spring” revolts, the Yemeni and Libyan crises stand out as odd ones, particularly because their endgames appear to be hinging on external rather than internal dynamics.

The Yemen crisis is not just borne out of political trouble, but is an accumulation of economic and social problems, which have got further complicated by a secessionist movement in the south and a Shiite insurgency in the north.

It is these complexities that have resulted in multifaceted diplomatic endeavors and solutions being put forward by various external players, and each with a different agenda.

It is neither ideology nor principle that seems to be conditioning external influence in Yemen. Instead individual or collective interests and convenience appear to be the guiding factors.

A sample of the mediation mess that has let the Yemen crisis fester is evident in US Ambassador to Yemen Gerald Feierstein’s remarks in March.

While admitting that Yemen needed a “peaceful transition” rather than civil war, he also exposed a certain weakness by saying “We oppose simply saying that Ali Abdullah Saleh should go without saying anything about what you think should happen next.”

By claiming that Al Qaeda militants based in the country could capitalize on the unrest, the American diplomat was not only lending credence to Mr. Saleh’s obstinacy, but also dampening the most concerted people’s movement in decades.

On hindsight, it may have been better if the international community could have convinced the opposition to accept Mr. Saleh’s original offer to devolve power to parliament and resign when his mandate expires in 2013.

It is indeed worth questioning if the efforts invested in achieving a truce after the outbreak of violence would have been better utilized had it been channeled towards ensuring that President Saleh indeed stuck to the offer that he made in February soon after the Tunisia revolution and amid the Egyptian revolt.

Had all the international mediators, notably the United States, capitalized on that offer, not only would violence and death of innocent civilians have been spared, but an example of a process of orderly transfer of power to a credible alternative could have been established for the entire region.

There could be yet another intricate US agenda behind the way things have panned out in Yemen.

Given how important the region’s waters are for China’s container trade with Europe and its oil trade with the Middle East, Beijing has been showing increasing interest in Yemen in recent years, much to Washington’s chagrin.

Apart from trade, Yemen could also give China the chance to make its presence felt in the military dimension of the region, which is extremely worrisome to the United States.

It is being suggested in some quarters that the US concern with Yemen in the last few years has been about the “control of Aden and the Malacca Straits (which) will put the United States in an unassailable position in the ‘great game’ of the Indian Ocean and the Malacca Straits (which are) literally the jugular veins of the Chinese economy,” with a quarter of the world’s sea-borne trade passing through the area, including 80 percent of China’s energy requirements.

The ongoing crisis may just be the right opportunity for the United States to counter Chinese influence and get its priorities in a region where its own influence is diminishing amid the Iraq, Iran and Afghan fiascoes.

With regard to the other major external players involved in diffusing the crisis, it is obvious that the Gulf Cooperation Council (GCC) countries, especially Saudi Arabia, were keen to end the uncertainty in Yemen to avoid unnecessary affliction in their countries.

But the GCC countries suspended their Yemen power transition deal after failing to persuade Mr. Saleh to sign a plan that would have eased him out of 33 years of authoritarian power.

The embattled Mr. Saleh had earlier slammed the GCC initiative as a “coup,” and warned that the fall of his regime would allow Al Qaeda to flourish.

This followed Mr. Saleh’s party forcing Qatar to pull out of the mediation after it was accused of having “its own agenda” and being “involved in a conspiracy not only against Yemen, but against the whole Arab countries.”

For Qatar, mediating in Yemen was very much in line with its proactive foreign policy adventures of the last few years.

While it succeeded in mediating the Lebanon and Sudan crises in 2008 and 2009/10 respectively, Yemen has proved to be a setback yet again.

Qatar’s mediation in Yemen first began in May 2007. While it achieved a ceasefire deal in June through an agreement that stated that the Al Houthis would end the rebellion that began in 2004, repeated violations by the government and rebels led to the collapse of the agreement in April 2008.

With Mr. Saleh showing no signs of relenting and even orchestrating divisions among the mediators, it now appears that all the external players may have reached a consensus, however belatedly, that Mr. Saleh is indeed a spent force.

Libya too has witnessed similar blunders.

Either the West-led international military alliance should have gone the full distance and knocked down the Qaddafi regime or considered a political solution by accepting several truce offers made by Tripoli, including the one that Spain claimed to have received as recently as 27 May.

In doing neither and allowing the conflict to fester, it is tough not to speculate what the real intention of the external forces was or continues to be.

If brutal dictators like Muammar Qaddafi and Mr. Saleh made the mistake of putting their self-interests ahead of their nations and people for decades, it appears that the international community is also making the same mistake by linking the fate of these two nations with the survival or ouster of two individuals.

Thus, whichever way one looks at the role of external forces, it appears that their mediation is either flawed or has failed, or perhaps both.

It also leaves us wondering if the end-results would have been any different had the crises played out on their own merits and demerits.

(Dr. N. Janardhan is a UAE-based political analyst and author of “Boom Amid Gloom – The Spirit of Possibility in the 21st Century Gulf” (Ithaca Press, 2011). He can be reached at: [email protected])