Morocco World News
Home Culture Hijab: To Veil or to Unveil, That is the Question 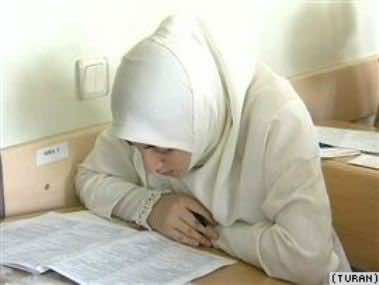 The following is an amazing, informative and mind provoking article that was written by  a Muslim woman, Nadiae Lawady, who took off her Hijab as an experiment to perceive how it feels. While some Muslim women have already established their views and taken their side either to wear Hijab or not, this woman is still going through a phase of questioning, thinking and experimenting.

The following piece of captivating and expressive writing is worth reading. It is very nicely articulated and candidly narrated.

…I experimented last week. I took off my hijab – the headscarf many Muslim women wear to cover their hair.

I have been wearing a headscarf when I leave the privacy of my home for 25 years, since I was 17. That’s a long time in human years.

… Why is the hijab considered obligatory in Islam for women? Is it really obligatory or was it just something that a group of men decided was most appropriate for women of that time and age to protect them? Does what applied more than 1400 years ago still apply now? And if so, why? Does a woman really need to cover herself from head to toe to avoid being harassed or being seen as a sex object?

I’m trying to open my mind and heart these days. I’m trying to figure out what I feel is right and what I feel is wrong, not based on what I was taught to believe but what I myself truly believe. To do this, I’ve been trying to start from scratch to see where I’ll end up. It’s really not easy. There are layers upon layers of conditioning and memorizing and learning since childhood that one needs to dig through to reach an original innocence to start from. I haven’t found that original innocence yet. But I’m working at the digging. I might end up right where I was a few years ago before I started questioning. But I want to end up there or somewhere else completely of my own free will and not because that is what I was conditioned to be.

I thought I’d open myself up to this whole hijab issue since I had so many questions about it running around in my head for so long.

So one morning while in Barcelona, I decided to leave my hotel room wearing a short-sleeved shirt, jeans and no scarf on my head.

I went to the breakfast hall and immediately felt that I was invisible. I had become accustomed to being noticed – just ever so slightly – as a woman wearing hijab in Europe. It was usually more evident in the breakfast hall in hotels: a woman wearing the hijab, walking into the restaurant all alone. It’s not all that common as you can imagine. For the first time in my traveling years, I wasn’t noticed. And I IMMEDIATELY missed the attention. I was a bit hurt, I must admit.

I then tried walking around on the streets of Barcelona and did some shopping. Nothing. I was just one person amidst thousands on those streets and in those shops. Had I always been one person among thousands? Was I always this invisible?

Since this was only an experiment, I decided I’d go to my business meetings dressed the way I normally dress with the hijab. That’s how my colleagues were expecting to see me. Since I hadn’t made a decision to take off the hijab permanently there was no reason to confuse them.

This went on for days. I went to business meetings wearing the hijab. I went out on my own without it. I am certain the hotel receptionist was thinking: “Make up your mind, woman!”

It really was an interesting experience. When I started comparing how I thought I was perceived without the hijab and how I thought I was perceived with it, I truly could not find any significant difference. That completely shocked me. Apart from that one feeling of relative invisibility and lack of attention at the hotel breakfast hall, I was pretty much invisible no matter what I wore when I went out. I even tried wearing a short dress and heels. Nothing.

No matter what I wore, there were still the rude people, the nice people, and the we-could-care-less people.

I tried the same experiment in London and got the same reaction of no reaction.

People I did not know couldn’t care less how I dressed.

I tried meeting up with three good friends of mine – one Muslim and two not Muslim – without the hijab. These are quite open-minded friends, mind you. And I hardly got a reaction out of a one of them.

Two things did happen as I walked around these two European cities without the head scarf. But they were internal.

I felt that a Nadia I had known years ago reappeared. It was high school Nadia. Nadia before the hijab. It wasn’t that I had felt young again. It was more like I had figuratively peeled away some layers to bring back a person I was many, many years ago. It was refreshing.

I’m back home in Cairo, wearing my hijab. I don’t feel regret for having experimented. And I don’t currently feel like I want to permanently take off my hijab. There are a few reasons I feel that way. I don’t expect people’s reactions to me taking off the hijab in Egypt – people I know – to be positive or supportive or we-could-care-less. There would be lots of drama involved and I don’t know that I’m up for that. There’s also a part of me that still feels that the hijab might be obligatory. Maybe God really does want me to cover up from head to toe. I still need to figure that one out.