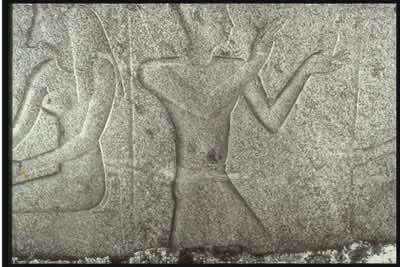 The Cultural Relations Department said it had received the artifact from the Egyptian Embassy in London.

The artifact was illegally smuggled out of Egypt after it was stolen from the Bahbit al-Higarah Temple, located in the city of Samanoud.

Ambassador Menha Bakhoum, the spokesman of the  Ministry of Foreign Affairs  said that the Foreign Cultural Relations Division in the Egyptian embassy in London, received an Egyptian artifact recovered from the Bonhams auction house in London.

The spokesman added that this piece came out of Egypt illegally after being stolen from the Temple “Bahbit stones” Samanoud City, northeast of Cairo.

The Supreme Council of Antiquities requested the intervention of the Egyptian Embassy in London to stop selling the piece, which led to withdrawing the artifact from the auction house.

Mrs. Bakhom explained that the restoration of the artifact to the homeland comes within the framework of  efforts of the Egyptian authorities concerned with following up the files to recover Egyptian artifacts abroad, especially the Ministry of Foreign Affairs(Sector of Cultural Affairs) and the Ministry of State for antiquities in coordination with the office of the Attorney-General and Egyptian embassies abroad, this is the second piece to be restored within two weeks.

The ancient stone piece comprises an incomplete human body, where only part of the shoulders are seen, with the head of a cow.