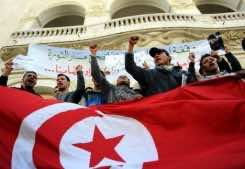 “We have taken into account all the views and have decided to hold the elections on October 23,” Mr. Essebsi said during a meeting of political parties, regional representatives and civil society.

“The most important thing is the transparency of the elections,” he said.

The election of a constituent assembly was originally scheduled for July 24 but the electoral commission had asked for a postponement to October 16, saying it needed more time to organize a credible and transparent vote.

“There are parties who did not agree, even the government did not agree, but our mission is to hold free and transparent elections,” said Mr. Essebsi, adding that Tunisia and its revolution “have a reputation that we must protect.”

“We have a choice: to dissolve the commission, return to elections organized by the interior minister and fall back to the flaws of the old regime, or keep the commission. We have decided to keep it,” he said.

Negotiations have been taking place between political groups for several weeks to try to establish a date for the first election since the fall of Ben Ali on January 14, who was forced to cede power after 23 years following a popular uprising.

Most of the smaller parties, created following the fall of the old regime, were in favor of a delay to the election to give them more time to prepare.

Islamist group Ennahda was insisting on a July poll however, stressing the need for stability in the country.