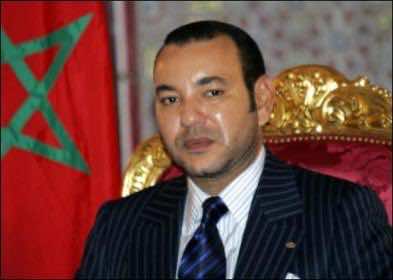 The lesson Arab autocrats seemed to learn from Egypt and Tunisia was almost the exact opposite of what democracy advocates were hoping for. Instead of using less force, leaders across the region have been using more of it, reaching unusual levels of brutality.

Shocking reports of mass rape and torture have emerged in Syria and Libya, where thousands have been killed. In Bahrain, a close U.S. ally and home of the Navy’s Fifth Fleet, thousands have been arrested or dismissed from their jobs. Indeed, the “Arab spring” has turned into what political scientist Gregory Gause colorfully calls the “winter of Arab discontent.”

In a season of growing disillusion—and disastrous televised speeches—the king of Morocco’s June 17 national address stood out. It wasn’t a great speech, and it fell well short of protesters’ demands. But it was a substantive engagement with the opposition. The 47-year-old monarch did not demean his own people or place the blame on foreign conspirators. Instead, he announced a new constitution—one that has the potential to reshape the country’s politics. While retaining effective veto power over major decisions, he pledged to empower elected institutions. The prime minister, drawn from the ranks of the largest party in parliament, would have the authority to appoint and fire ministers, as well as to dissolve parliament.

Morocco is offering the rest of the Arab world a different “model.” And it is one that other monarchs will be watching closely. It is not a model of true democratic transition toward British-style “constitutional monarchy,” as Moroccan Prime Minister Abbas al-Fasi recently claimed. There is little evidence to suggest King Mohammed VI is ready to merely reign and not rule. The Moroccan monarchy has a long history of failing to deliver on its promises of reform.

But this is precisely its appeal: To preserve power, you sometimes have to give some of it up. We can call this the “pre-emptive” model of reform. Here, autocrats take protests seriously. They announce big, high-profile reforms—whether it’s moving toward elected governments or rejiggered constitutions. They release political prisoners and appoint real commissions that come up with real recommendations. They give people hope by using all the right buzzwords: change, democracy, reform, institutions, accountability. In doing so, this time around, the Moroccan regime has managed to seize the initiative and steal some momentum from the Feb. 20 protest movement—the loose coalition of leftists, liberals, and Islamists that has brought tens of thousands of Moroccans out into the streets. With a resounding “yes” vote in the July 1 constitutional referendum, the monarchy will be able to say that the mass of Moroccans stand behind the crown, further underlining regime legitimacy in a time of uncertainty.

Pre-emption is a strategy particularly suited to popular monarchies with reserves of historic and religious legitimacy. As the late King Hassan, Mohammed’s father, once said, “I will never be put into an equation.” The region’s monarchs—in stark contrast to the presidents—stand above the fray, acting as umpires rather than partisans.

As attractive as such a model may be for embattled autocrats, it is not revolution-proof. Once changes are set in motion, they are difficult to control. With more political space, opposition groups will be in a better position to build support and mobilize their followers. They may be more emboldened to challenge the king directly. In their seminal Transitions From Authoritarian Rule, political scientists Philippe Schmitter and Guillermo O’Donnell write of the “extraordinary uncertainty of the transition with its numerous surprises.” For those holding on to power, surprises can be dangerous. Where does it end?

In Europe, kings and queens were once dominant. But with gradually empowered parliaments, elected officials and notables began to assert themselves at the expense of monarchs. These contests for power became pitched battles. Many of them, unfolding over decades, were punctuated by instability and bloodshed—with Russia’s October Revolution and the “Terror” of the French Revolution as only the most prominent examples. More recently, too, the peaceful transformation of monarchies has been a rare event. But just because it rarely happened in the past does not necessarily mean it won’t happen in the future.

Prospects for reform in Morocco will depend not just on the king and his generous devolving of power but also on other forces in society that will fight for greater freedom and democracy, eventually turning to challenge the king on his own turf. For now, though, such a scenario is difficult to envision. Morocco’s established political parties are careful, timid, and overly deferential to the king. As it stands, then, Morocco’s pre-emptive model of reform seems good for autocrats, perhaps less so for those who wish to oppose them.