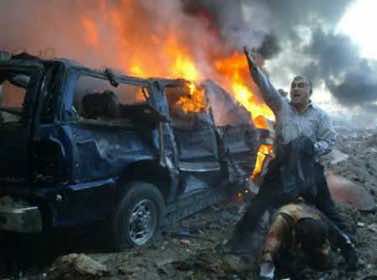 Lebanese Interior Minister Marwan Charbel confirmed to AFP on Friday the names of four Hezbollah members charged by a UN-backed court in c?nnection with the 2005 murder of ex-premier Rafiq Hariri.

“The names of the four suspects revealed by the local media are the same as those mentioned in the arrest warrants submitted by the Special Tribunal for Lebanon,” Charbel said.

He was referring to a sealed indictment and related arrest warrants delivered by the STL on Thursday to Prosecutor General Said Mirza.

Charbel said Mirza had given him the arrest warrants early Friday and confirmed the identity of the four suspects as Mustafa Badreddine, Salim Ayyash, Assad Sabra and Hussein Anaissi.

Their whereabouts is unknown.

Badreddine is the brother-in-law of top Hezbollah operative Imad Mughniyeh, who was murdered in a 2008 bombing in Damascus.

He is suspected of having masterminded the February 14, 2005 seaside bombing that killed Hariri and 22 others.

Ayyash, another senior party official who holds US citizenship, allegedly carried out the attack.

Sabra and Anaissi allegedly coordinated with Ahmad Abu Adas, a Palestinian who contacted Al-Jazeera television following the Hariri assassination to claim responsibility for the bombing.