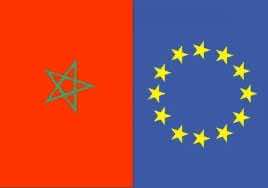 The European Union (EU) has welcomed the “positive” result of the referendum held on Friday in Morocco and commended the climate of democracy and serenity which marked the vote.

“We welcome the positive result of the referendum on the new constitution in Morocco and commend the climate of democracy and serenity which marked the vote,” said a joint statement of the high representative of the EU for foreign affairs and security policy, Catherine Ashton, and the European commissioner in charge of European enlargement and neighbourliness policy, Stefan Fule.

The two officials said the constitutional reforms are in line with the ambitions set out by the advanced status granted to Morocco in its relations with the Union.

The European Union, the statement said, stands ready to support Morocco in implementing this reform process which places the citizen at the heart of priorities.