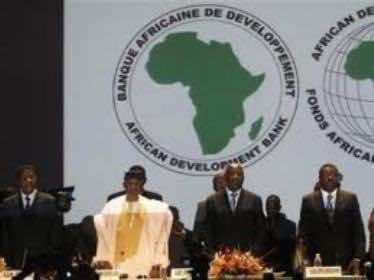 The turmoil in North Africa is hampering economic growth across the continent but is also inspiring democratic change elsewhere, the chief economist of the Africa Development Bank said Monday.

In a speech, Mthuli Ncube said the unrest in Egypt, Libya and Tunisia is likely to reduce economic growth in North Africa this year to 0.7 percent from 4.7 percent last year. Overall, Africa’s growth is estimated at 3.7 percent in 2011, down from 4.9 percent last year.

Further south, Ncube said economies have been affected by a drop in money sent home by Africans from elsewhere on the continent who had been working in North Africa. Niger, for example, had 200,000 citizens working in oil-rich Libya, according to bank statistics.

Another knock has come from the reduction in Libyan investment across Africa as well as declining numbers of Libyan tourists within Africa, Ncube said.

But he said that while the economic impact was painful, the long-term effect of political changes made it worthwhile.

He noted that protests last month forced Senegal’s longtime president to cancel a proposed legislative change that would have made it easier for his son to take charge of the West African nation.

“It was really the North Africa effect,” Ncube said. “The youth will not tolerate any behaviour they don’t perceive as democratic.”

Ncube also cited Morocco, which has seen protests calling for change even though the king remains popular. The king presented a new constitution, approved by 98 percent of voters last week, designed to curtail his powers and make his government more accountable.

Ncube said the large number of unemployed youth, who used social networks to organise, helped drive protests that forced out a president in Tunisia and were followed by uprisings around the Arab world.

Sub-Saharan African countries with high unemployment should also be wary, Ncube said. He noted in an interview with The Associated Press after his speech Monday that former President Thabo Mbeki of South Africa _ which is struggling to cut unemployment, particularly among the young _ was ousted in 2008 by his own African National Congress in campaign led by the party’s youth wing. That might have been democratic South Africa’s version of upheavals in the north, Ncube said.

South Africa, the continent’s strongest economy, has suffered from the global recession more than other African economies, and is recovering more slowly, according to the annual economic outlook the African Development Bank released Monday. Its GDP is expected to grow 3.6 percent this year.

Ncube also cautioned South Africa against nationalizing mines and other industries, a proposal pushed by younger ANC members but opposed by key party leaders and by businesses.

“Nationalization, it’s not a good idea,” Ncube told the AP. “Governments themselves do not create jobs. They create an environment for jobs to be created