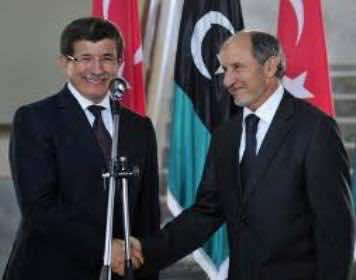 Turkey pledged $200 million in aid for Libya’s rebel Transitional National Council and said it was time for leader Muammar Gaddafi to leave Libya.

“Public demand for reforms should be answered, Gaddafi should go and Libya shouldn’t be divided,” Turkish Foreign Minister Ahmet Davutoglu said during a visit to Benghazi, the eastern rebel Libyan stronghold

The aid is in addition to a $100 million fund for Libyan rebels Turkey announced in June.

“Turkey will provide another $200 million aid for Libya,” Davutoglu said.

Muslim Turkey, which had close economic ties with Gaddafi before a rebellion against his rule broke out five months ago, has called on Gaddafi to step down and call a ceasefire in the past and says the two sides must reach a political solution.

“I am here to express solidarity with the Libyan people. Their legitimate right should be realised, there should be a permanent solution to the crisis which is possible only through a political solution based on the demands of the Libyan people,” Davutoglu told a news conference.

“We see the TNT (rebel council) as a legitimate representative of the Libyan people to achieve their goals.”