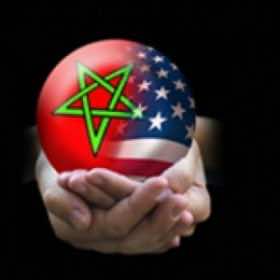 On July 1 Moroccan voters approved a new constitution in a national referendum that reduces the king’s power and provides new human rights guarantees. The new constitution and referendum were King Mohamed VI’s response to protestors, that since February had been calling for democratic reforms.

It has earned praise from the US and European governments. According to Moroccan authorities, turnout for last Friday’s referendum was 73%, with 98.5% of voters in favor of the constitution.

Opposition groups behind the country’s pro-democracy protests promised beforehand to boycott the vote, not satisfied that the new constitution went far enough for establishing a constitutional-monarchy.

Whether the adoption of the new constitution will usher in democracy in Morocco depends on its implementation according to the Wall Street Journal, which along with USA Today ran stories Tuesday about the significance of Morocco’s constitutional referendum.

According to the editors of the Wall Street Journal, while the referendum’s result (98% in favor) was typical of outcomes in “totalitarian states,” the opposition’s boycott could mean “the result maybe well about right.” Shortcomings in the constitution now hinge on how it’s implemented and the practices that evolve. As the Wall Street Journal editors point out, the Queen of England “on paper” still names the Prime Minister in the UK.

In this context, the Wall Street Journal picked-up on last week’s reporting by US news organizations on the case of Nini Rachid. Nini, the editor of Morocco’s most popular newspaper, Al-Massae, was arrested earlier this year after writing that Morocco’s intelligence agency should be placed under the oversight of Parliament.

He was sentenced to one year in jail. For the WSJ editors this is a “worrying sign” about whether Morocco, in practice, would move towards greater democracy. The editors state unambiguously that the country cannot develop a strong democracy if critics of the King or opposition are unable to speak out without fear of detention.

Likewise, in its commentary, the Journal notes that “Democracy is about being willing to lose, and this applies to both sides,” in reference to protestors of the referendum’s outcome, who should keep in mind the popularity of Morocco’s King throughout the country.

In the USA Today, the paper picks-up on a question, raised by commentators in the past month, of whether Morocco can be a model for other Arab countries responding to pro-democracy movements. Interviewing various experts, it seems the jury is still out.

According to David Ottaway of the Wilson International Center for Scholars, there are differences in Morocco that have made the country more receptive to such changes, and therefore the situation may not be so readily replicated in other countries. “It’s much more like Europe than the (other) monarchies of the Arab world.”

Former US ambassador to the United Nations, John Bolton, also weighed in, taking a similar position as the Wall Street Journal editors about the importance in following how the new constitution is implemented to reveal whether the reforms are “cosmetic or something more meaningful.” Bolton also noted that the other Arab monarchies are paying close attention to Morocco.

In summary, early reports and commentaries in the United States following Morocco’s referendum indicate that many US observers remain uncertain about whether the country is poised to really become more democratic. It rests now on how the country chooses to make use of its new constitution.

A true test, according to the Wall Street Journal, has already begun with the case of Nini Rachid and which observers should pay close attention to for determining the significance of Friday’s vote.