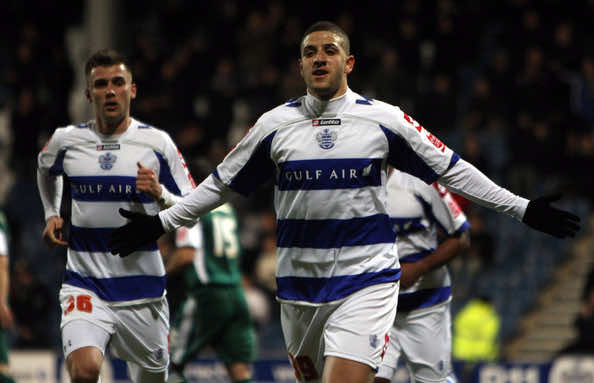 QPR manager Neil Warnock has admitted that wantaway skipper Adel Taarabt looks set to leave Loftus Road this summer – but thinks the youngster will grow to regret his decision to leave the newly-promoted side.

The 22-year-old playmaker was a key catalyst in their npower Championship triumph last season and picked up the Football League Player of the Year accolade for his performances, leading to speculation linking him with a host of elite European clubs.

On the move: Taarabt is set to leave Loftus Road this summer

Barclays Premier League giants Arsenal and Chelsea have been mooted as potential destinations, while the likes of Real Madrid, Atletico Madrid and Paris Saint-Germain have also shown an interest in the midfielder.

The latter have reportedly made a 13.5 million bid for the player and Warnock admits Taarabt’s departure seems inevitable.

‘He is missing his family in Marseille,’ Warnock told the London Evening Standard.

‘If we get a big offer from a club in France that obviously gives him a chance to be closer to them. That would be a big pull.

‘PSG have made an enquiry and they obviously offer him the chance to be nearer to home, although there is a Spanish club being mentioned as well.

‘As far as his talk of wanting to go to Chelsea or Arsenal, I know he has a lot of friends at Arsenal.

‘Flavio Briatore [QPR’s co-owner] is dealing with the negotiations. He is keeping me informed of the situation and at this precise moment he won’t be leaving because no one has met the asking price.’

Taarabt moved to England in 2007 to link-up with Spurs after rising through the ranks at French club RC Lens.

Regret: Warnock admits it will be a shame to see Taarabt (right) leave

The Morocco international failed to establish himself at White Hart Lane but started to fulfil his undoubtedability after moving to west London.

Warnockbelieves his understanding approach has been key to Taarabt’s change infortunes and that the midfielder will eventually regret his decision toleave the club.

‘My advice to him is to stay until Christmas, get some experience and show people what he can do. That may fall on deaf ears unfortunately. It’s sad.

‘I don’t think I have ever spent so much time trying to get the best out of one individual and I think he will regret leaving.’

QPR fight to hang on to Taarabt as Paris Saint-Germain launch 13,5 m swoop. Warnock vows to bolster QPR squad after brushing off fears he is set to quit.