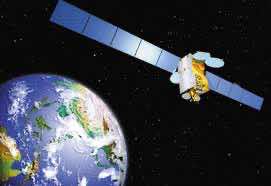 The Arab Satellite Communications Organization (Arabsat) has announced the launch of an Moroccan television and radio bouquet on its BADR-4 satellite reaching viewers in the Middle East and North Africa, as well as large parts of Europe. The new Moroccan bouquet carries eight TV channels and six radio stations.

Eng. Khalid bin Ahmed Balkheyour, president and CEO of Arabsat, has stated “that this bouquet was launched from a digital broadcasting platform built in Rabat, Kingdom of Morocco in cooperation with the National Union for Radio and Television of Morocco, where the operation started in June 2011 and we expect that number of additional Moroccan private and governmental channels will join this bouquet by the end of this year. “

By building digital radio and TV broadcasting platforms through a number of Arab countries, Arabsat “aims at serving its customers and providing the best services and the easiest solutions for them to have access to their viewers and serve them wherever they are on higher levels of quality.”