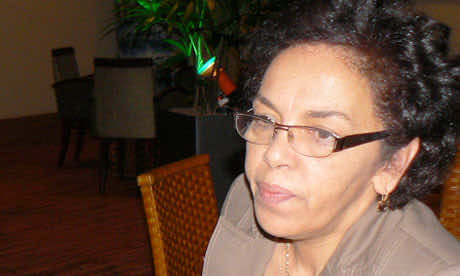 As UN Women releases its report on justice, a leading authority on women’s rights in Morocco explains why the new constitution recognising gender equality is key to reform

Morocco is at an interesting moment. Inspired by events elsewhere in the region, the 20 February protests by the Movement for Dignity led to last week’s referendum on constitutional reforms proposed by King Mohammed VI. The changes mean executive powers will rest with a prime minister but allow the king to remain head of the military, religious authorities and judiciary. But what does this mean for women in Morocco?

Despite these moves towards political reform, there are still significant barriers for women seeking justice. Some reflect women’s position in society; others the way the justice system works, with questions raised about judicial independence, corruption and, above all, the slowness of procedures.

Rabéa Naciri is former president of the Association Démocratique des Femmes du Maroc, one of the largest non-governmental organisations (NGOs) in Morocco focused on women’s rights, and now sits on its steering committee. She is also a professor at the University of Rabat and served on the progress advisory group for the UN Women justice report published on Wednesday.

For her, the barriers are clear. “Many women aren’t literate and so obviously their understanding of the judicial system is weak. Poverty is an issue too – legal fees, transport costs, the means to get around. In fact, many women don’t have freedom of movement. As well as the social issues, there’s also cultural practice. For example, it can bring shame if a woman takes a member of her family or her spouse to court – it can be a difficult experience to go through and can be perceived badly.”

There’s also the attitude and outlook of the legal professionals. “I don’t mean to generalise, but some have a tendency to take sides and moralise. The whole patriarchal system kicks in. Some will position themselves against the woman as they don’t believe she should be asking for a divorce. Even if she has the right to ask for a divorce, if her husband doesn’t beat her and still provides for the family, magistrates may be against divorce and make women provide concrete reasons to justify it.”

Since the Family Code was adopted in 2004, efforts have been made by the state and the government to provide better access to justice especially through family tribunals – steps such as information centres for women, training for lawyers on women’s rights and recruiting social workers to advise and support women. But the bulk of the work is being done by NGOs – women’s organisations and feminist groups – which have set up their own advice centres in addition to the government ones.

These services are still thin on the ground but are a crucial support, according to Naciri, who describes the implementation of the Family Code as “a social and political challenge for Morocco”, especially on issues like violence. Official statistics show that, as is so often the case, those who carry out violence are usually the husbands. What is needed now is a network of services for women who’ve suffered discrimination and violence, to guide them through the whole process from the complaint to the police, through medical checks and right to the courts, says Naciri.

She is quick to recognise that there has been progress but argues that Morocco still lacks the human and financial resources to really offer women access to justice. It’s particularly difficult to find support in small towns. Even where there’s a centre, it may not always have the means or the legal expertise to adequately support these women.

Some police forces and tribunals are trying to set up partnerships so that women are supported by NGOs but, as Naciri argues, “It’s all very well NGOs filling the vacuum but the state does have a responsibility to open information centres so that women have the access and support they need to go through the process. There’s still not really the understanding of the difficulties, especially in smaller towns.”

Alimony and child support are essential but often overlooked. If a woman is thrown out of the family home, the law says the husband must meet the woman’s material needs. But if a woman doesn’t have a job, in a crisis, unless the husband or family give her money, she has no way of surviving and taking care of her children. So how can she report a violent husband if she’s not sure the case will ever reach a resolution? If the process will ultimately lead to a divorce and the husband doesn’t accept her case, how are and her children to survive? The danger is that only women of independent means can afford to divorce. All this creates a situation where only a tiny proportion of cases actually get to court.

Given the political and cultural resistance experienced by many Moroccan women’s groups, how genuine is the state backing for reform and gender equality? Naciri believes “where there’s political will, the money will follow. Several political initiatives have been taken but it’s more thanks to international support, not the state budget, it’s bodies like the EU and UN Women who work with women’s organisations on legal, governance and access issues. All the work done for women’s access to justice is supported by organisations like these. It starts with government programmes but it’s implemented by NGOs – for me, that’s a sign that there’s no political will really”.

There is, however, one important gesture. The state now backs a fund for alimony and child support. The fund will pay maintenance until the state can reclaim the money from the husband, if he has the means.

The new constitution is key – pro gender equality and anti-discrimination with a strengthened legal system. The previous one didn’t recognise equality between women and men in civil law. On paper, at least, it has potential: affirmative action to reinforce the presence of women in magistrates’ courts, in the civil service, everywhere in the state. Women’s equality has been recognised explicitly in civil, economic and political terms. “We’ll be watching it all closely,’ says Naciri, “human rights and women’s organisations will have to monitor to be sure it’s all implemented”.

Naciri is hopeful that Morocco is entering a new era with this constitution, exploring fresh ways of doing things and with parliament answerable to the people.

“We’re not a democratic country yet, but we are beginning to lay down the foundations for good governance and the new constitution is bringing a lot of improvements. What’s crucial is how the new constitution is implemented over the next five years – new laws, new policies, a new judiciary system and the new electoral code – making the long hoped-for reform a reality.”