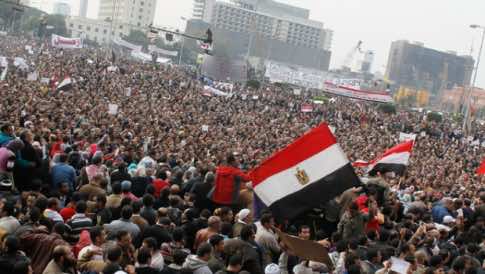 Various groups have joined previous calls for a mass protest on 8 July following clashes in Tahrir Square on 28 and 29 June between police and protesters,  in solidarity with the martyrs’ families.

Most of the  political groups and movements that had not announced earlier they would participate, have reacted to the clashes at Tahrir Square in the past two days between protesters and security forces by calling for another Tahrir protest on Friday.

Revolution Youth Coalition called citizens to “Retribution Friday” 8 July at Tahrir Square to unite around the set of demands published on its official Facebook page.

A Salafi youth organization, Salafi Daawa Youth Association, announced in a statement Wednesday that it would participate in protests scheduled for 8 July in Tahrir Square.

The statement called on all political factions to participate, but warned them against voicing political or private demands.

The group is joining the protest over a lack of government transparency and the slow prosecution of former President Hosni Mubarak, his family and officials, according to the statement.

The Salafi youth group also said it wants to restore the 25 January revolution to its right path and mark the end of an era of injustice and corruption.

The MB said their decision was also motivated by the way the martyrs’ families have been treated unjustly and the slow pace by which the former regime and corrupt officials are being tried.