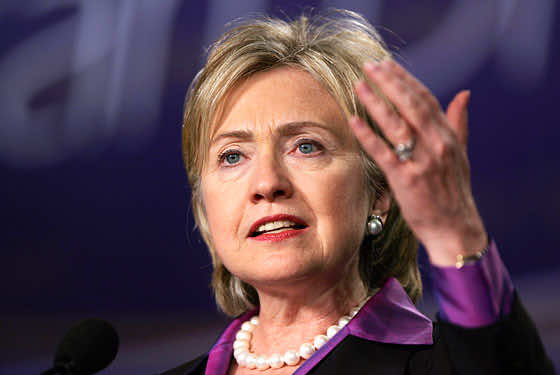 U.S. Secretary of State Hillary Clinton announced the launch of TechGirls, an educational initiative for girls from Muslim countries interested in technology.

“It will bring teenage girls from the Middle East and North Africa for an intensive month of educational activities here in the United States,” Clinton said Wednesday.

Clinton made the announcement at the closing luncheon honoring the first class of participants from TechWomen, a public-private partnership that brought emerging female leaders in technical fields from predominately Muslim countries to the United States for one month.

The women were paired with 24 leading, U.S. technology companies in Silicon Valley and the greater San Francisco area, including giants Google (NASDAQ:GOOG), Facebook and Intel (NASDAQ:INTC), for a project-based professional mentorship.

The participants were from Algeria, Egypt, Lebanon, Morocco, Jordan and the Palestinian Territories. TechWomen will expand next year to include Tunisia and Yemen.

Select U.S. mentors will complete the professional exchange program and travel to Lebanon and Morocco this year to conduct workshops for women in the technology sector as well as for young girls who have expressed an interest in tech-based careers.

TechWomen, a State Department initiative, was introduced by Clinton at the Presidential Summit on Entrepreneurship last spring.

The U.S. Department of State Bureau of Educational and Cultural Affairs awarded a $1 million grant to the Institute of International Education. The IIE, in partnership with the Anita Borg Institute for Women and Technology, implemented both the exchange in the United States and the exchange in Lebanon and Morocco, a State Department spokeswoman said.

Clinton encouraged the first class of TechWomen to help other women in their home countries, stressing that the work between TechWomen and the United States is just beginning.