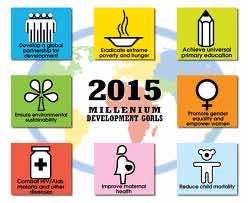 Speaking during a high level meeting part of the 67th session of the United Nations Economic and Social Council (ECOSOC), the Moroccan official explained that the success of schools in instilling values and developing competences will have a direct impact on the standard of living, health, family, women empowerment, the protection of environment and the advocacy of the culture of peace.

Elabida noted that most developing countries which, despite considerable efforts, did not yet manage to meet MDGs due to huge challenges relating to rapid demographic growth, scarcity of financial resources, inadequate institutional capacities and rising fuel and foodstuff prices.

In this respect, she called for innovative strategies to be developed to assist these countries.

Touching onMorocco’s efforts, Elabida shed light on the reforms launched recently under the leadership of HM King Mohammed VI which aim, inter alia, at upgrading the educational system on the basis of a national education and training charter.

This reform brought an increase of over 150% over 2008-2011 inthe budget allocated to education, she went on to say.

Special attention was given notably to enhancing teachers capacities and working conditions in educational institutions and the fight against school dropout, especially in rural areas, The Moroccan official said.