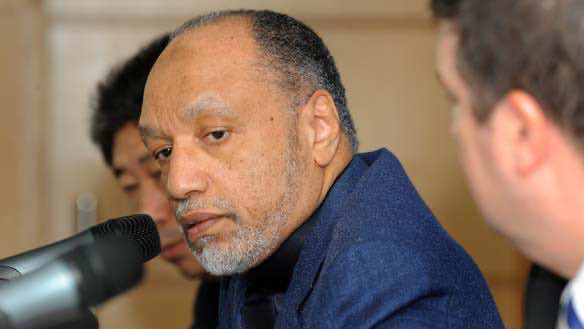 Mohamed Bin Hammam has asked for a fair hearing when he appears before FIFA’s ethics committee on bribery charges later this month.

The 62-year-old has been suspended since May 29 while an investigation into the claims that he organised cash gifts totalling 1million US dollars to Caribbean officials while campaigning for the FIFA presidency.

Bin Hammam said he was disappointed by “continuous leaks of confidential information”.

He said on his website: “I am still looking for and hoping to receive a fair hearing – one which will not be influenced by any political agenda or motivation.

“These proceedings were initiated based on the allegations of vote buying. I hope that, by now, the investigation has identified whether or not there had been attempts by me – directly or indirectly – to buy votes, particularly from those who claimed to have received these monies.

“I hope that the decision will be made solely by the members of this committee and based solely on the facts presented and not based on assumptions or the wishes of people outside the committee.”

Bin Hammam repeated his earlier claim that “there has been a bias against me”.

FIFA’s ethics committee will meet on July 22 and 23 to hear the case against Bin Hammam, who had been the Asian confederation president until his suspension