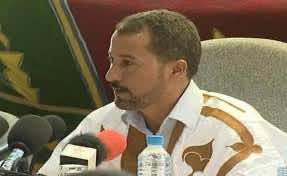 Several associations expressed on Thursday their intention to launch a solidarity campaign with Sahrawi activist Mustapha Salma Ould Sidi Mouloud, who has been holding a sit-in in front of the UNHCR office inNouakchottsince June 1, the Maghreb Arab Press news agency reported on Friday.

Speaking at a press briefing inCasablanca, President of the Citizenship Forum Abdelali Mastour said that the campaign aims at mobilizing the international public opinion to intervene to put an end to the suffering of Ould Sidi Mouloud.

In this connection, he said the first solidarity action will be staged in front of the UN office inRabat, urging a massive participation by associations.

Mastour also urged the UNHCR to find a rapid solution to the case of Ould Sidi Mouloud, who was tortured by the Polisario administration and prevented from reunion with his family in Tindouf camps for the only fault of having publicly expressed his support forMorocco’s autonomy initiative.