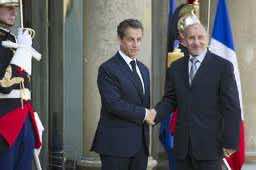 France has spearheaded the NATO-led campaign in Libya and symbolically launched the first air strikes against troops loyal to Libyan leader Muammar Gaddafi in March.

But after more than three months of bombings aimed at tipping the balance of the conflict in favour of rebels trying to end Gaddafi’s 41-year rule, frustration is growing in Paris at the duration of the mission.

“The cost of our intervention in Libya has reached at this stage 160 million euros,” Pecresse, also the government spokeswoman, told the Journal Du Dimanche in a preview of its Sunday edition.

“Compare that figure to the 40 billion euro (French) Defence budget. We can absorb it,” she said.

Parliament votes on Tuesday whether to extend operations, with the opposition Socialists likely to back it while questioning in detail the government’s strategy in Libya.

Prime Minister Francois Fillon said this week the debate’s objective was to send Gaddafi a clear signal of the “total determination” of Paris and its allies.