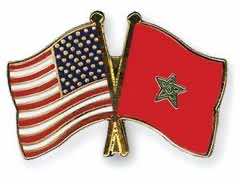 Morocco’s exports to the United States rose 56% in 2010 over 2009, with food products making up 18% of these exports, Moroccan minister of foreign trade announced.

Abdellatif Maâzouz, who inaugurated the Moroccan pavilion at the 57th Summer Fancy Food Show (July 9-12), highlighted the innovative character and the high quality of the Moroccan products exhibited in the show by 26 Moroccan firms.

He insisted that the US market gives enormous opportunities for the Moroccan exports, especially with the Free Trade Agreement signed between the two countries, which entered into force in 2006.

The Moroccan products exhibited in this show include fruits and vegetables, sauce, condiments, sea products, olive and argan oil and safran.

The show, which is being held for the first time in Washington, features some 20 seminars and thematic workshops.