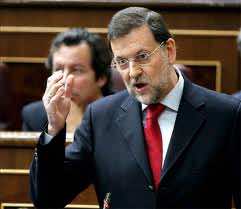 While Moroccan immigrants in Spain may finally be able to vote in municipal elections, it seems that this prospect for their countrymen living in Ceuta and Melilla, two Spanish enclaves in the Moroccan territory, will be more complicated. The Spanish daily El Pais, reported on Saturday that the conservative Spanish political party, El Partido Popular, expressed its opposition to the possibility that Moroccans living in these two enclaves vote during the next municipal elections to be held in 2015.

Until now, and unlike other immigrant groups such as Colombians, Argentines and Chileans, Moroccan immigrants were not allowed to vote in Spanish municipal elections. But the new constitution approved by Moroccans in a referendum on July 1st is likely to put an end to this situation, enabling Moroccans living in Spain to be taken into account by politicians and end the use of the immigration card for electoral purposes.

Moroccans constitute the largest group of non-EU citizens in Spain, with a population of 808,633. They outnumber other immigrant groups, such Ecuadorians, Colombians and Peruvians. Moroccans were prevented from voting in Spain, because there was no article in the Moroccan constitution, up until the July 1st- referendum, that provided for the vote of Spaniards in Morocco’s municipal elections.

In the event Morocco and Spain come to sign an agreement on the reciprocity of votes in both countries, 550,000 Moroccans would be able to take part in the next municipal elections scheduled to be held in Spain in 2015.

In an opinion piece published in the Spanish daily El Pais on June 25, entitled “Una Constitucion que nos afecta” (A Constitution that affects us), Spanish expert in Morocco-Spain relations, Bernabe Lopez Garcia, writes that the introduction of the principle of reciprocity between Morocco and Spain regarding the vote of their respective nationals in municipal elections, will balance the discourse on Moroccans in Spain.

“So far, the anti-Moroccan rhetoric, the exploitation of the collective mistrust of Arab-Muslims, especially North Africans, was used at will by the fearmongers (PP or PXC or CiU): there was no counterweight because the Moroccans were just the object of debate. But a vote makes them a part of the debate over “foreign matters” that have caused headaches to so many in our country,” explained Lopez Garcia.

Right after the holding of the referendum, Spanish Minister of Foreign Affairs, Trinidad Jimenez, expressed the willingness of the government to sign an agreement with Morocco regarding the vote of their respective nationals in the municipal elections of both countries.

So far both governments have not set any date for the signing of such an agreement. With the dire economic situation that Spain has been mired in since the world financial and economic crisis in 2008, and the ensuing erosion of the popularity of the government led by Jose Luis Rodriguez Zapatero of the Socialist Party (Partido Socialista Obrero Espanol), it seems that Spain is on the verge of holding early elections.

Most surveys show that the conservative party, el Partido Popular, led by Mariano Rajoy, is the front-runner for the general elections. In that event, and taking into account that the PP is a staunch defender of the “Spanishness” of Ceuta and Melilla, chances are that both enclaves would be excluded from any agreement signed between Morocco and Spain regarding the reciprocity of votes in municipal elections.

The PP also argues that the right to vote in Ceuta and Melilla cannot be granted to citizens of a country that claims its sovereignty over them.

But it seems that the main concern of the PP is that the vote of immigrants impairs or even threatens its comfortable absolute majority in both enclaves, confirmed by the municipal elections held last May.

Over the last few decades, Moroccans have increasingly begun to equal the number of Spaniards living in Ceuta and Melilla. According to data from the Spanish Institute of Statistics (INE), in 2008 34% of new-born in Melilla had a Moroccan mother. In parallel, the Spanish population is aging. Whereas in 1975 the average age of Spaniards was 33 years, it was 41 years in 2009. Spanish officials fear that this trend might threaten Spain’s future sovereignty.

While Spain considers Ceuta and Melilla as Spanish cities, as much as Madrid and Barcelona, Morocco has always considered them as the last remnant of Spanish colonialism in Morocco.

Melilla was annexed by Spain in 1497, just five years after the Reconquista and the expulsion of Jews from Spain in 1492.

Ceuta was officially annexed by Spain in 1668 in virtue of the Treaty of Lisbon, when Portugal, which had ruled over the city since 1415, officially recognized Spanish sovereignty over the enclave.

Since Spain’s annexation of the two enclaves, Moroccan Sultans have tried to regain control over them, but to no avail.

Many countries, including from the African Union, the Organization of Islamic Conference and the Arab League have expressed their support for the Moroccan claims regarding Ceuta and Melilla.

Samir Bennis*, is the co-founder and editor-in-chief of Morocco World News