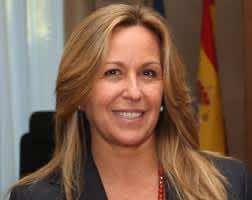 Morocco is a “great country that is making very important strides on the path of consolidating the reform process”, Spanish Foreign Minister Trinidad Jiménez García-Herrera said today in an interview given to the Spanish daily La Razon.

Jiménez also commended the climate of “entente” marking relations between Morocco and Spain , as well as the continuing contacts between officials of the two countries to address issues of common interest, stressing that, since she took office, there has been good understanding between her and her Moroccan counterpart, Taeb Fassi Fihri.

On the Sahara issue, Jiménez called for a solution to be reached under the aegis of the United Nations, adding that “It is not inconsistent to maintain an excellent relationship with Morocco, defend the neighborhood policy and at the same time, support the aspirations of the Saharawi people under UN resolutions”.

She also dismissed the accusation addressed against her by the Polisario and some human rights NGO’s that claim  that Spain “has betrayed the Saharawi people”, stressing that only the parties (Morocco and the Polisario) can resolve the conflict under the auspices of the United Nations.

“ Spain is part of the Group of Friends [ of Western Sahara ] and provides an unconditional and permanent support, but we do not have a responsibility to provide a solution. To try to draw attention to an international responsibility, it does not seem fair to blame the Government of Spain”, Jiménez added.