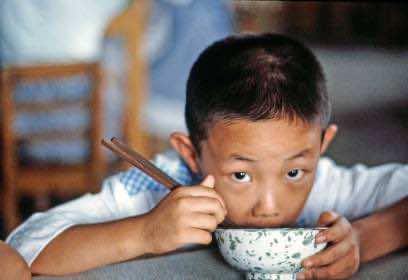 As the world population approaches seven billion, Secretary-General Ban Ki-moon today stressed that ending global poverty and inequality is the key to unleashing the great human potential for prosperity and peaceful coexistence, while protecting the planet and safeguarding the natural resources that sustain humanity.

“Later this year, a seven-billionth baby will be born into our world of complexity and contradiction,” Mr. Ban said in a message to mark World Population Day, observed annually on 11 July.

“We have enough food for everyone, yet nearly a billion go hungry. We have the means to eradicate many diseases, yet they continue to spread. We have the gift of a rich natural environment, yet it remains subject to daily assault and exploitation. All people of conscience dream of peace, yet too much of the world is in conflict and steeped in armaments,” said the Secretary-General.

Mr. Ban said the global focus should be on improving the welfare of the people by promoting the achievement of the Millennium Development Goals (MDGs), the eight poverty reduction targets that the international community has agreed to strive to attain by 2015.

“When we act on our shared values, we contribute to our common future. Ending poverty and inequality unleashes vast human potential,” he said.

To mark the Day, the UN Population Fund (UNFPA) launched the “7 Billion Actions” campaign to promote dialogue on the challenges, opportunities and actions that will be needed to ensure a better future for humanity.

“While poverty, inequality and increased stress on resources represent major challenges, the world is more interconnected than ever before, creating enormous possibilities,” said UNFPA Executive Director Babatunde Osotimehin in his message to mark the Day.

“We now have unprecedented capacity to share information and ideas, and engage communities across the globe to solve common problems. Reducing inequities and improving living standards for people alive today – as well as for generations to follow – will require new ways of thinking and unparalleled global cooperation. The moment to act is now,” said Mr. Osotimehin.

He said that protecting reproductive health and rights is fundamental for sustainable development, and called for concerted efforts to meet the needs of some 215 million women in developing countries who have the desire to plan and space the birth of their children but lack access to modern contraception.

Mr. Osotimehin stressed that, acting together, the world has the capacity to prevent the deaths of 1,000 women who lose their lives every day to complications of pregnancy and childbirth.

“We have an opportunity and responsibility to invest in the world’s 1.8 billion adolescents and youth aged 10 to 24. They constitute more than a quarter of the world’s population and almost 90 per cent live in developing countries.

According to UNFPA, the global population has doubled since 1968 and grown by almost 40 per cent since reaching 5 billion in 1987, when the first World Population Day was observed. Population growth is projected to continue at least until the middle of this century despite dramatic declines in the average number of children per woman.

The vast majority of the population growth ¬– 97 of every 100 people – is occurring in less developed countries, some of which already struggle to meet their citizens’ needs.

The gap between rich and poor is growing, as urbanization and migration continue, while climate change is an increasing concern with a rising number of people becoming vulnerable to food insecurity, water shortages and weather-related disasters, according to the UNFPA. On the other hand, many rich and middle-income countries are concerned about low fertility and aging.