Morocco World News
Home Sports We will not sell Adel Taarabt until ‘realistic’ offer is made –... 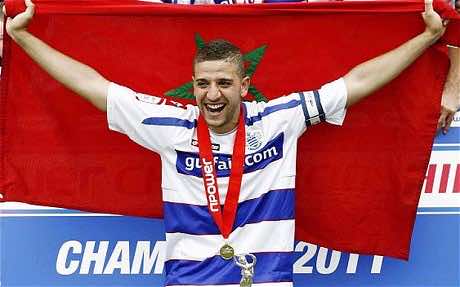 The former Tottenham Midfielder has been linked with a move back to France with Paris Saint-Germain, but Hoops boss insists no concrete bids have been made.

QPR manager Neil Warnock has stated that the club will not sell star playmaker Adel Taarabt until a realistic offer is made for his services.

The Morocco international’s future at the club has been clouded with doubt after a host of teams, including Paris Saint-Germain, were rumoured to be interested in the player, with the French side reported to have made a €15 million bid.

The QPR boss has claimed Taarabt will be returning to pre-season training shortly though, as no bids that could persuade the club to sell have been made.
The Rangers boss told Sky Sports News: “Until someone comes up with a realistic offer which the owners accept then Adel will be back the week after next training with us. I’ve not written Adel off by any means.”
Warnock’s own future, meanwhile, may also be hanging in the balance, after relationships between stockholders broke down with the departure of backroom ally Amit Bhatia as vice-chairman.
He insists that without support and faith from the board, he will only be judged on results next season.
“If I lose a few games, I’ll be sacked, like everyone else in the Premier League,” he continued.
“It was a disappointment when Amit left because he brought me to the club. I wouldn’t be here now if he hadn’t told me his vision for the club.

“My position with Flavio [Briatore] and Bernie [Ecclestone]… it’s only in the papers has it been speculated on. I’ve just got to get on with it and do the best I can.”