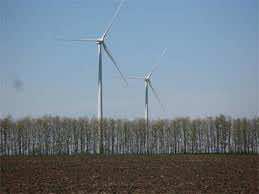 Energy sector, “crucial and strategic element at the political and economic levels”, has to play a key-role in the EU-Morocco partnership, said Monday in Rabat Ambassador Eneko Landaburu, head of the EU delegation to Morocco.

The roadmap of the advanced status granted by the EU to Morocco mentions integration of energy markets through converging policies and legislative and regulatory frameworks, strengthening infrastructure for electricity and gas interconnection and opening the European market for green electricity produced in Morocco, said Landaburu during the launch of the twinning project between Morocco and EU institutions.

“The industry must become a priority in the development of the Union for the Mediterranean as in this field we can build a large-scale cooperation,” he added.

He also noted the objectives of a renewed European energy policy converge with Morocco strategy in this area.

“The political breakthrough in Morocco embodied in the new constitution led the EU to reaffirm the need to consolidate and further develop EU-Morocco relations,” said Landaburu.

“The paper presented by the High Representative of the Union for Foreign Affairs, Baroness Ashton and the European Commission, which was approved by the Heads of State and Government in Brussels 15 days ago, mentions a new strategy regarding changing neighborhood,” he said.