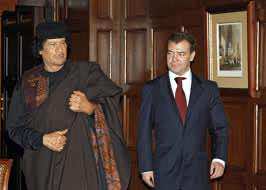 Turkey has invited China and Russia to join for the first time discussions on Libya as part of a contact group of major powers, to convene this week in Istanbul, a Turkish official said Tuesday.

“Russia and China have been invited as permanent members of the UN Security Council. We think they will participate but no information has reached us so far on what level,” foreign ministry spokesman Selcuk Unal told reporters.

Russia abstained from a vote on a Security Council resolution in March that opened the way for international involvement in Libya and has since criticized the scale and intent of the NATO-led strikes.

China, for his part, had maintained a policy of non-interference in the conflict, but has appeared more involved recently and its officials have met several times with Libyan opposition representatives.

Along with US Secretary of State Hillary Clinton, the foreign ministers of Australia, Bahrain, Britain, Bulgaria, Canada, Denmark, France, Italy, Malta, Morocco, the Netherlands, Poland and the United Arab Emirates (UAE) have confirmed their participation in the Istanbul meeting, Unal said.

NATO Secretary General Anders Fogh Rasmussen as well as the heads of the Arab League, the Organisation of the Islamic Conference and the Gulf Cooperation Council will also attend, he added.

Turkish Foreign Minister Ahmet Davutoglu has said that Libyan opposition appeals for financial assistance will be discussed at the gathering.

During a visit to Ankara last week, Mahmud Jibril, a senior member of the Libyan rebel council in Benghazi, called on the international community to release Libyan funds frozen under sanctions against Kadhafi’s regime and make them available to the opposition.

The UAE hosted the previous meeting of the contact group in June, at which the powers discussed what Clinton called an inevitable “post-Kadhafi Libya” and Italy promised hundreds of millions of euros in aid to answer rebel pleas for funds.