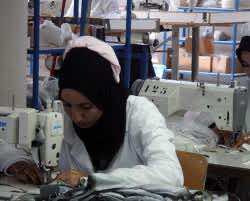 Morocco and France issued a joint appeal in Rabat on Tuesday to the European Union to set up “a plan for (industrial) innovation and small and medium-sized firms in the Mediterranean”.

The appeal was launched at a joint press conference by French Industry Minister Eric Besson, who has been in the north African country since Monday, and his Moroccan counterpart Ahmed Chami.

“We call on the EU and the European Investment Bank, in close cooperation with all the countries in the Union for the Mediterranean, to set up a plan for innovation and for small and medium-sized firms,” they said in a joint statement.

This scheme would create, by means notably of a new financing mechanism, “Euro-Mediterranean industrial enterprises founded on innovation and the sharing of technologies around competitive poles that bring together the two shores of the Mediterranean.”

The aim is to promote the electronic economy and the use of new information and communications technologies for the benefit of small firms, as well as promoting investments and employment at a regional level.

During talks between Besson and Chami, a cooperation accord was signed by France’s [email protected] Paris and Morocco’s Cluster, which aims to promote industrial innovation and the use of digital technologies.

On Monday, Besson said that more than 100 million euros ($72 million) had been allocated by the French Development Agency (AFD) to support Morocco’s solar energy programme, during a meeting with Energy Minister Amina Benkhadra.

During the press conference, Chami announced that Morocco’s industry ministry had set 44 million euros aside “to facilitate the creation of small and medium-sized companies”.